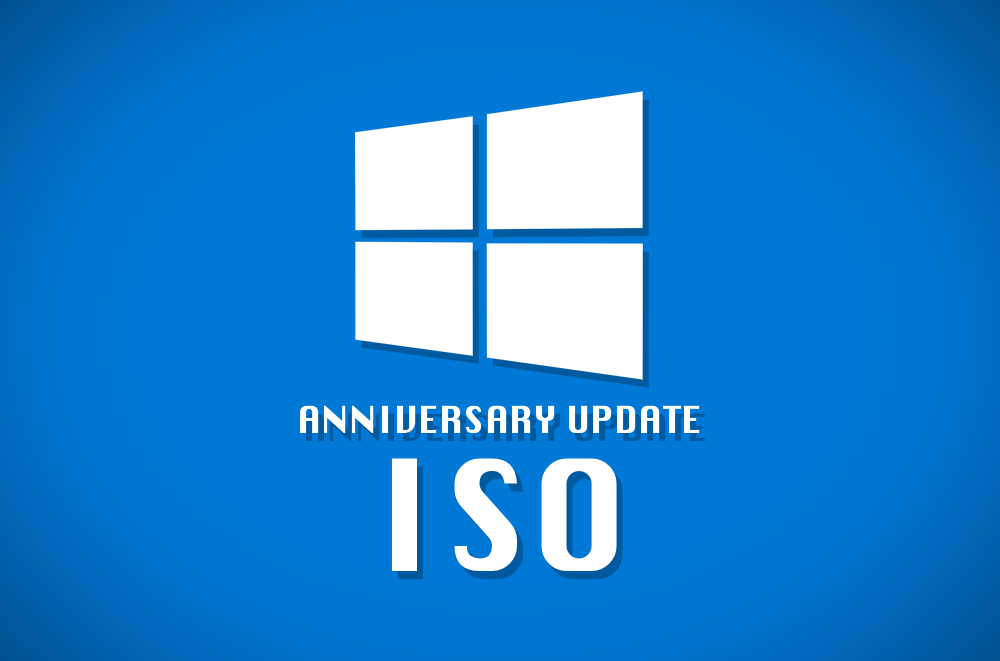 Windows 10 Anniversary Update is now available for users around the globe. Here's how you can download the ISO file in both 32-bit and 64-bit flavors.

Microsoft is slowly and gradually pushing the credentials of Windows 10 up a few levels ensuring its OS is top-notch at any given moment. The Anniversary Update aims to take things further by adding a handful of awesome features under the hood and upfront both.

Just like any other major edition of Windows, Windows 10 Anniversary Update is available as an over the air update via Windows Update and ISO files are available for download directly from Microsoft as well. Interestingly, the method for download the ISO files, including the tools on how to create a USB or DVD out of the files is absolutely the same. Therefore you'll feel right at home if you've downloaded a Windows 10 ISO before. Furthermore, the ISO is absolutely free to download, but you'll be required to enter a Windows 10 Product Key in order to install.

Simply check out the links posted below for more details:

We highly recommend making the jump to Windows 10 Anniversary Update right away if you have Windows 10 already installed on your PC. Apart from the feature additions that we're well aware of, Microsoft has thrown in a lot of security fixes into the mix as well as bug fixes and performance enhancements. These will ensure that your PC runs as smoothly as possible at any given moment.

In order to have the full effect of the Anniversary Update on your PC, we recommend doing a clean install via USB. Of course, you'll end up losing your settings and apps, but a fresh start is always a good idea when it comes to major updates.

Just be sure to backup your files and photos onto a secure medium before going ahead with the procedure. An external hard drive is the way to go when it comes to creating backups. Besides, the convenience they grant us can't be matched by anything else. Until or unless you have a lightning fast Internet connection at hand with tons of cloud storage at your disposal.

Just make sure you're properly covered before making the jump onto the next update.