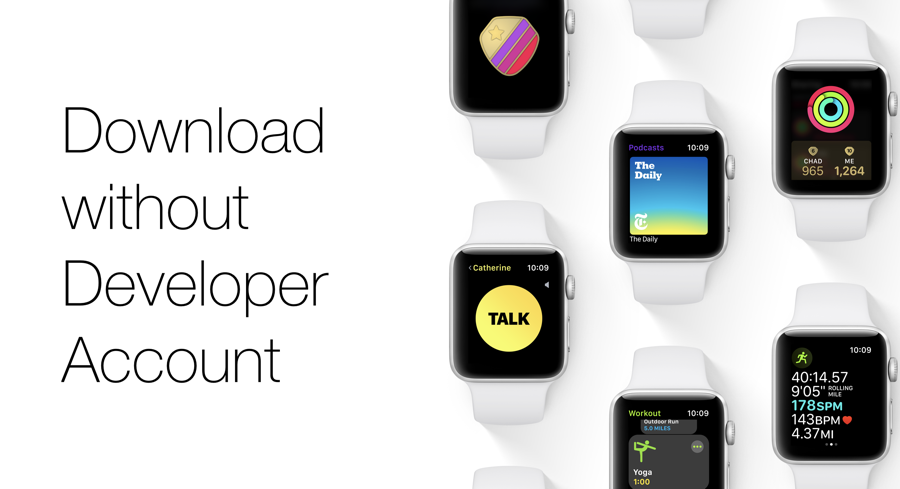 Here's how you can download watchOS 5 Beta on your supported Apple Watch and install it right now without a developer account.

watchOS 5 is out there, and developers can go ahead and test it right away. Of course, it's a preview build which means that it's not going to stable for daily use and things are going to be very rough around the edges. Also, the build is not (and won't be) available for public beta testers for good reasons.

See, when you download a watchOS beta, you can't downgrade back to the public release. There's no port on the Apple Watch you can use to interface with iTunes and then use an IPSW firmware file to downgrade, very unlike iOS. Once you do upgrade, you have to stick with the beta software for good. You have to go through every single beta build until you hit the final release channel according to Apple's calendar. So that is the major risk involved when you get onboard the watchOS 5 Beta bandwagon.

Also, keep one thing in mind: in order to test out watchOS 5, you must have iOS 12 installed on your iPhone, otherwise the watchOS preview build won't be pushed over to you over the air. Last but not the least, we will not be held responsible if anything goes wrong with your Apple Watch during the entire process. If, for some reason, your Apple Watch ends up being bricked or unusable, it's entirely on you. You do this completely on your own risk. I will personally not recommend going through this much trouble just to try out beta software. What you do beyond this point is entirely your choice.

Are we clear? Let's move further.

Note: watchOS 5 won't be available for the original Apple Watch model. Only Series 1, Series 2 and Series 3 devices are supported.

Now, keep in mind that watchOS updates take an awfully long time to fully download. So during this time, do not touch your Watch, do not touch your iPhone, and announce it clearly in your house that no one should play with your WiFi router. You need this to go through this as smoothly as possible. If something goes wrong, your Apple Watch will transform into a marvelous looking paperweight and a symbol of shame for the time to come.