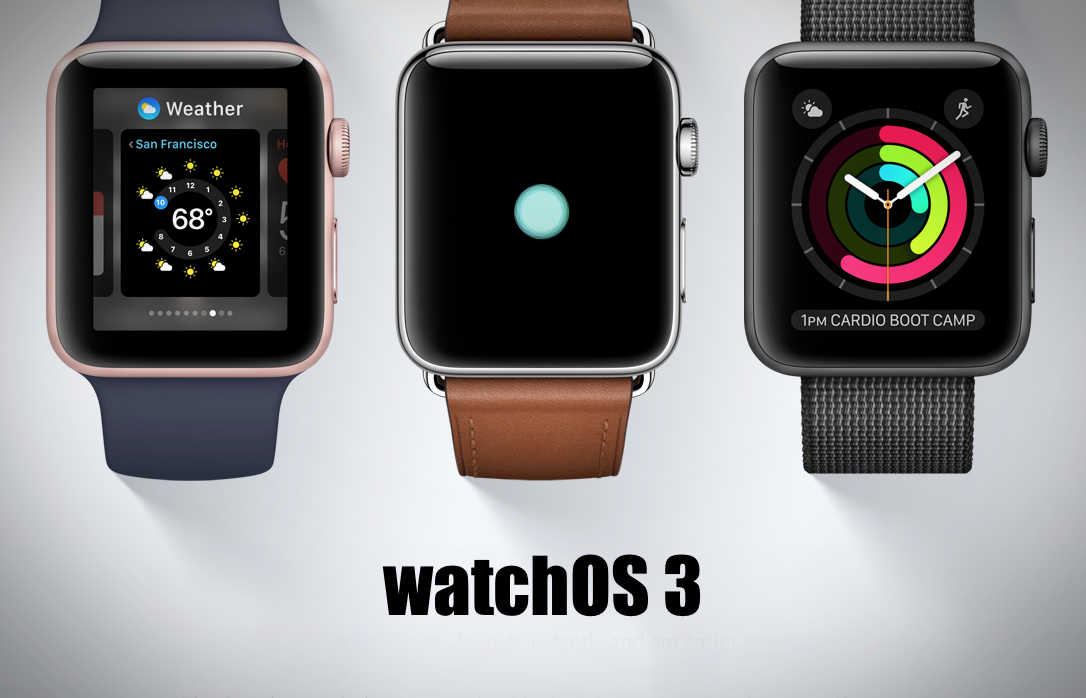 watchOS 3 final download for all Apple Watch users has been released. Here's how you can upgrade to the latest release right now.

watchOS 3 final build has been released for every Apple Watch out there. And as usual, the update is available over the air only, with no firmware files to play around with unlike the iPhone, iPad, iPod touch. So, how do you install watchOS 3 on your Apple Watch? We'll go to that in a minute. But before anything happens, take a look at what is new in this update first, so that you know exactly what you're dealing with here.

With the usual literature out of the way here's what you need to do in order to install watchOS 3 on your Apple Watch.

Since everything happens over the air therefore you won't lose any of your data. Also, iOS 10 is a strict prerequisite for installing watchOS 3, therefore install that as well before going ahead. With that out of the way follow the steps that are written below in order to update yourself to watchOS 3.

1. Place your Apple Watch on its magnetic charger first.

2. Launch the Watch app on your iPhone and navigate to General > Software Update.

3. The watchOS 3 update will pop right up after a few seconds, depending on the speed of your WiFi network.

4. Tap on 'Download and Install' to download the firmware onto your iPhone. Once that is done, tap on 'Install Now' to kick off the installation.

Remember, watchOS 3 is going to take quite a while in order to install. After all, everything is happening over Bluetooth, therefore do not expect Ethernet speeds in any case.

Once the installation is complete though, simply start using the Apple Watch as you normally would.

watchOS 3 brings a handful of refinements to the fore, especially when it comes to how the Apple Watch works on a day to day basis. For instance, Apple has baked in a new scribble feature, allowing you to type words on the display using your finger. This just wasn't possible before as you were limited to using either your voice or a set of predefined text messages. Now though, you can rest assured that you can send away those precious text messages in stealth mode even if you're sitting in a meeting. Quite handy.

But of course, there is more to watchOS 3 than just scribbling around. Therefore we recommend everyone to update straight away if you're in a possession of the Apple Watch.