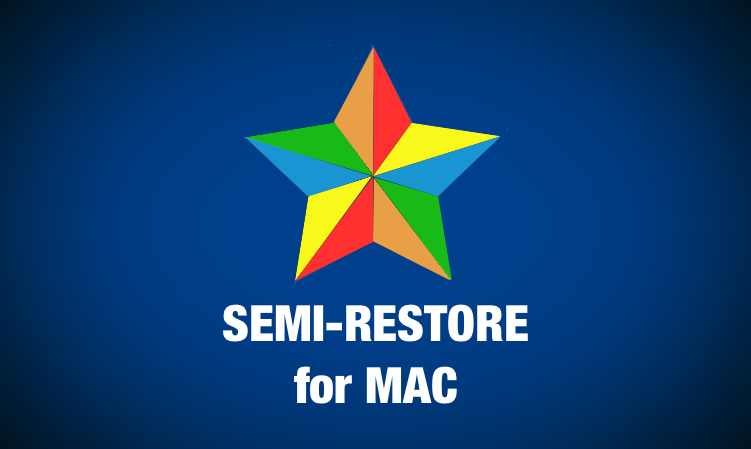 Semi-Restore for Mac is now available for download. The tool allows you to restore iOS 9.0.1, iOS 9.1 without losing your jailbreak.

Semi-Restore For Mac Has Finally Arrived, Download It Now To Preserve Your Jailbreak

Semi-Restore for iOS 9.0.1, iOS 9.1 was released just recently, with the tool being available for Windows and Linux users only at that time. But today, the developer behind the tool, CoolStar, has released the aforementioned piece of software for Mac users as well, and they too can now restore their devices on iOS 9.0.1, iOS 9.1 without losing the perks of their jailbreak.

We highly recommend you download this tool right away as it can prove to be a lifesaver for you in a lot of ways. For instance, if you overcrowd your jailbroken device with a bunch of incompatible tweaks or themes, then you might be forced to restore it back to its factory state. But with Semi-Restore, you can rest assured that you can re-restore to the currently installed firmware and do not end up being on a version of iOS that is not jailbreak-able.

Apart from iOS 9.x compatibility, the Semi-Restore tool works on older devices as well, and its compatibility goes all the way back to iOS 5.0. So yes, if you have an iPhone 4 with the aforementioned firmware version installed and jailbroken, then Semi-Restore will work wonders for you as well.

It should be kept in mind that Semi-Restore will only work if you have OpenSSH installed on your iPhone, iPad, iPod touch, and the tool is only compatible with 64-bit versions of Windows, Linux and OS X. Furthermore, it should also be kept in mind that Semi-Restore is not a tool for downgrading your device's firmware. If you think you will be able to downgrade to iOS 9.1 from iOS 9.3.2, then you're absolutely mistaken. The sole purpose of this tool is to re-restore a device onto the same firmware version that is currently installed, with the added perk of ensuring that a jailbreak is not lost in the process.

Before you even start using the tool, it's highly recommend that you go through the bundled README file tailored for your operating system. You do not want anything to go wrong during the process, otherwise you'll be left with nothing more than a device that can only be recovered if you update to the latest firmware release.

You can download Semi-Restore for Mac by going to semi-restore.com.