The Pangu 9 iOS 9 jailbreak tool has just received an update and now sits at version 1.0.1. Here's what's new in the release. 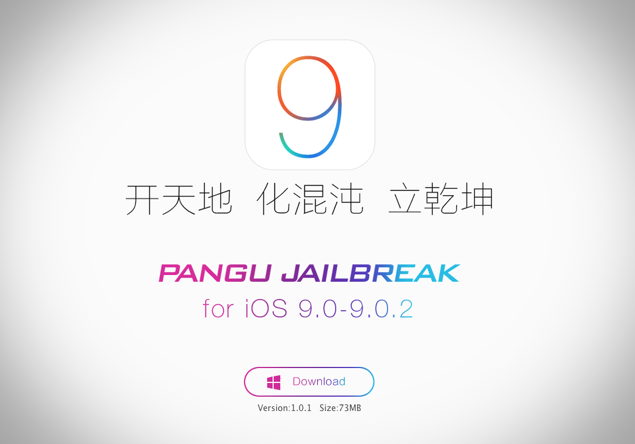 Pangu 9 1.0.1 Has Been Released With A Bunch Of Bug Fixes

The complete changelog of the new Pangu 9 1.0.1 release is as follows:

Users who are having tough luck with the Pangu 9 jailbreak tool should download this version immediately as it fixes a lot of bugs, as you can see from the changelog above. If you're a user who is already jailbroken, and the process went through swiftly for you, then there's no need to re-jailbreak at all using this newly released tool.

If you're starting fresh in the jailbreak world, then we highly recommend that you download the latest version of Pangu 9 and get to grip with things. We're certain that this point update is one of the many we'll see in the days to come, and as new versions drop through, we'll definitely know our readers about it and update all of you accordingly.

You can download the latest version of Pangu 9 from here. Once done downloading, simply follow our guides posted below as they are for complete steps on how to jailbreak your iPhone, iPad or iPod touch running iOS 9 - 9.0.2:

Lastly, Pangu 9 is still a Windows-only app, which means that Mac users have to take the virtualization route if they want to use the tool on their end.

If you're currently sitting on iOS 8.4.1 and hoping for a jailbreak, then we highly recommend that you update to iOS 9.x straight away and liberate your device using the Pangu 9 tool. After all, Cupertino's latest mobile OS is packed to the gills with a bunch of new features, and to top things off, it can be jailbroken in its current form. And given that Pangu 9 will see improvements over time, the time is just right to make the jump, otherwise Apple will patch things up and proceedings will come to a dead end.

If you're looking for reasons to update to iOS 9.x and jailbreak, then be sore to check out: Top 5 Reasons Why You Should Update To iOS 9 And Jailbreak Using Pangu 9. We're sure you'll find reason good enough to make the leap, otherwise you might want to refrain from jailbroken altogether if it's proving to be not your cup of tea.

Did you jailbreak using the latest version of Pangu 9 on Windows? Then be sure to let us know in the comments section below.