Apple released its latest iterations of iOS 9 and OS X 10.11 El Capitan today at Moscone Center. WWDC 2015 sees Apple focusing more on its Apple Music streaming service than on any other thing. However, HealthKit, Apple Watch OS, and multitasking features have certainly taken at least some upgrades along with iOS 9 and OS X 10.11. 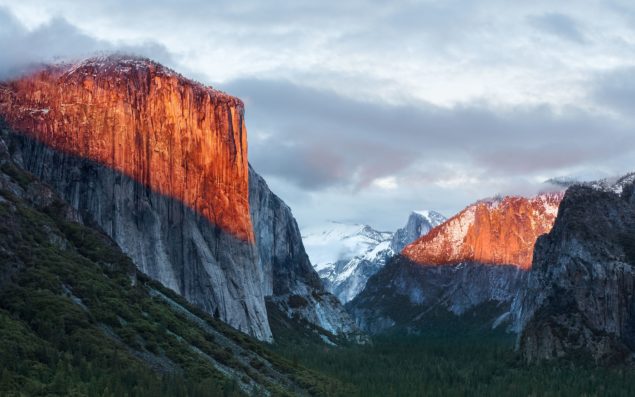 Apple has named OS X 10.11 El Capitan which came off a joke to many. However, it's very natural for Apple to name it El Capitan considering today's update is only a refinement and performance cover over Yosemite - where El Capitan exists. El Capitan brings window management, new system fonts, rich notes, and more such updates to the desktop OS.

As far as the iOS 9 is concerned, the OS gets some font changes, major updates in Siri, and a move from Apple to proper multitasking for iPad - finally! You can read about iOS 9 and its split-screen multitasking feature for iPads in our earlier coverage posts.

Right now, we are only focusing on the two of delicious OS X 10.11 and iOS 9 wallpaper that are available now thanks to developer build releases.

We are still looking to get you the iOS 9 wallpaper for larger screens but for now you can do with these two to have the refreshed and new look on your Macs, iPhone, and iPad.

iOS 9 Beta 1 for iPhone, iPad is Available to Download – How to