The 15 new beta iOS 9 wallpapers for iPhone, iPad are now available to download, and you can use them on any device you may like. The wallpapers are absolutely free, and we have got all of them in one place. 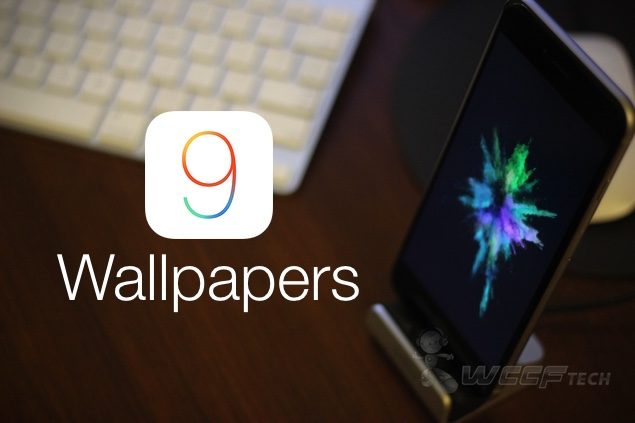 iOS 9 beta 5 and iOS 9 Public Beta 3 were released yesterday to developers and non-developers, respectively. The release brings with it a bunch of new features and changes that will likely entice users to try out the new beta software, and to our luck, Apple's new beta mobile OS comes with 15 brand new wallpapers which you can download right away.

Apple started a trend of extremely minimal wallpapers when it released the iPhone 6 and iPhone 6 Plus alongside the final build of iOS 8 late last year. This time around, Apple is keen on making the same strides with a bunch of new background images for the iPhone, iPad and iPod touch in iOS 9 beta.

All of the wallpapers come attached with a resolution of 1242x2208, which means that they are parallax ready, and you can expect those depth and motion effects to take place on your home screen without any problems. In fact, the wallpapers are big enough to easily fit on a 1080p display. But if you have a panel that exceeds the full HD resolution then we suggest you should stay back from the wallpapers for now. But hey, you can always use them on your smartphone or tablet.

There are two routes you can take to download the wallpapers. Either download them all as one single zipped file which you can find here, or by clicking on each individual wallpaper below to reveal its full size and subsequently download it on to your device. The choice is yours, and either way you'll end up with the new background images in your possession.

The final build of iOS 9 is all set to be released this fall alongside new hardware - the iPhone 6s and iPhone 6s Plus. Apple's new mobile operating system for iPhones, iPads and iPod touches is packed to the gills with a host of new features, further enhancing the already great iOS experience on mobile devices. The OS is currently in beta, but is available to download for developers who are enrolled in Apple's Developer Program, or public testers who signed up for Cupertino's Beta Software Program.

If you wish to give iOS 9 a try without a developer account, then be sure to check out our guide posted here: How To Download, Install iOS 9 Public Beta On iPhone, iPad.

Also be sure to download the El Capitan wallpaper for your device: Download: OS X El Capitan Beta 6 Glacier Wallpaper For Any Device.