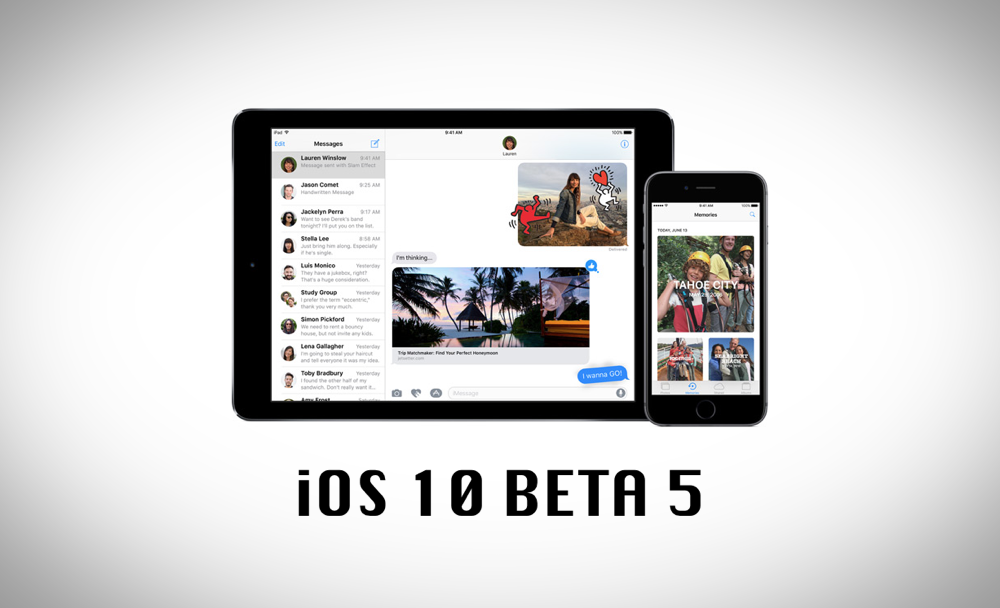 iOS 10 beta 5 update for iPhone, iPad, iPod touch is now available. The update is available for registered developers only.

iOS 10 beta 4 was released a week back, and Apple saw it fit to push out iOS 10 beta 5 to developers today. Usually the company follows a steady pattern of pushing out updates every two weeks, but things are a little different today. Nonetheless a new update is here and we urge users to download it right away without giving it a second thought.

If you have iOS 10 beta already installed on your iPhone, iPad or iPod touch, then start off by connecting to a WiFi network first. Once that is out of the way launch the Settings app. Now you're going to navigate to General > Software Update. Wait for a seconds and the update will pop right up. Tap on the 'Download and Install' button to kick things into high gear.

We highly recommend connecting your device to a wall outlet before going ahead with the installation procedure. If your battery is below the 50% mark and you're not connected to a charger, the installation will not move forward. Be vary of this fact before taking the plunge.

We're dead certain Apple has packed in a few surprises into this release apart from the usual bug fixes and performance enhancements. If there is anything noteworthy, then we will report back on our findings for sure.

If you're a developer and have installed iOS 10 beta for testing purposes then we can't emphasize enough why you should update to the fifth beta. For starters, this will ensure the software you're testing on iOS 10 beta runs smoothly with as little as possible lag or performance issues.

Also make sure you do not install iOS 10 beta on a device that serves the purpose of a daily driver with you. Betas are buggy pieces of software that can surprise users without giving any sort of prior warning.

Important Links To Check Out For iOS 10 Beta Users

If you're going to install iOS 10 beta onto your device, then be sure to check out the links embedded below.