Level Up Your Texting Experience With The Official Fallout 4 C.H.A.T For iPhone, Android

Bethesda's Fallout 4 is right around the corner and the hype surrounding the title is at an all-time high, with leaks and other details arriving thick and fast as we move closer to the release date. While the title is all set to go public on the 10th of November, the developers behind the game have released a new app for iOS and Android users, called C.H.A.T., allowing everyone to talk to each other in post-apocalyptic emojis and GIFs. 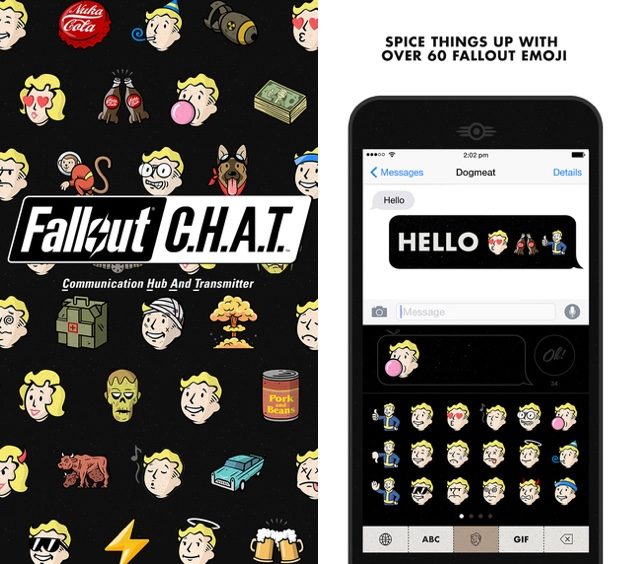 To put it in simple words, C.H.A.T. (Communications Hub and Transmitter) is not a messaging app, nor it is a standalone offering of any kind. It's rather a keyboard replacement for both iOS and Android users, which contains "over 60 emoji and animated Vault Boy GIFs." It works with any messaging app, such as the stock Messages app, WhatsApp, LINE etc. and you can easily communicate with others using a neatly laid out set of Fallout 4 based emojis and GIFs.

From the app's description page:

Spice things up with over 60 Fallout emoji.
Show what you really mean with Vault Boy Animated GIFs.
Jazz up messages with a custom Fallout keyboard.
Combine it all for a Vault-Tec approved communication.

This isn't the first app Bethesda has pushed out over to the App Store or Google's Play Store. The company, on the day of Fallout 4's announcement, took the liberty to release its first ever mobile game - Fallout Shelter. The game is a great time smashing companion in which you create your very own Vault and oversee Dwellers, ensuring that they are living a 'sane' life. But the release of Fallout C.H.A.T. is a sign that Bethesda is not going to stop anytime soon and will indeed keep on pushing out apps and games for mobile in the months to come. 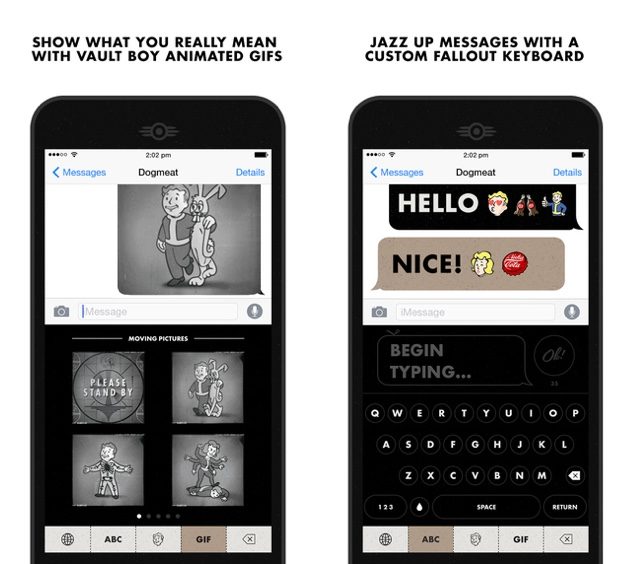 Fallout C.H.A.T. is compatible with a wide array of iPhones and iPads as well as Android devices out there. And on the pricing front, you'll be pleased to learn that the app comes attached with a wonderful price tag of absolutely FREE. That's right, the app doesn't cost a dime, and if you're a Fallout 4 fan, then we highly recommend that you go ahead and give this bad boy a shot on your mobile device.

You can download Fallout C.H.A.T. for iOS from here, and Android from here.

If you do happen to take the app for a spin, then be sure to drop your thoughts about it in the comments section below.