Twitter dived into the world of 'real' instant messaging when it decided to remove the 140-character limit from Direct Messages. The microblogging site aims to get users more engaged amongst each other, while also hoping they'd ditch the likes of Facebook Messenger, WhatsApp etc. along the way, using Twitter Direct Messages as their ultimate port of call when the IM need arises. 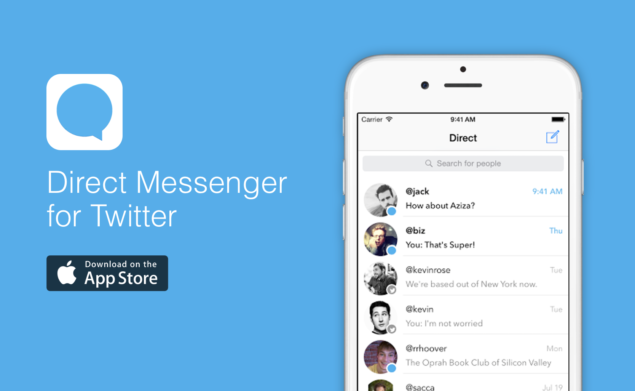 But the problem with Direct Messages even right now is - it's bloated and you have to make do with a full-blown Twitter client if you want to utilize it. Wouldn't it be better if there was a dedicated app for it on the iPhone? Well, you're in luck. We've come across a new, unofficial app that goes by the name of 'Direct Messenger,' which ties in nicely with Twitter's chat system, and features absolutely no clutter at all.

The Direct Messenger app comes packed with a bunch of nice features, something which you'd expect from an instant messaging app right out of the box. For instance, there's the option to send and receive photos on the fly. The developers even took the liberty to add sticker support into the mix to make your conversations even more lively than before. 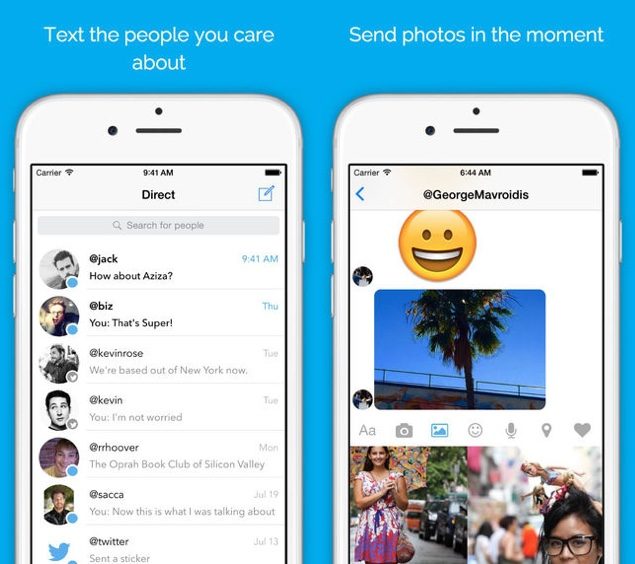 There's also an option to review your Camera Roll photos right from the app, so you don't have to worry about leaving the conversation at any point just to check out and find that one photo which you were wanting to send. And to make your conversations private as possible, the team behind Direct Messenger have intentionally left read receipts off, and you even have the option of sharing your location with someone when you're near them, of course, you can opt out of it as well.

Direct Messenger also lets you send voice messages, if that's the route of communication you wish to take while chatting away with your friends or family members.

On the design front, you'll see similarities with the official Facebook Messenger app, which, quite frankly, is a good thing in our books, as things are kept minimal as possible while also being easy on the eye. 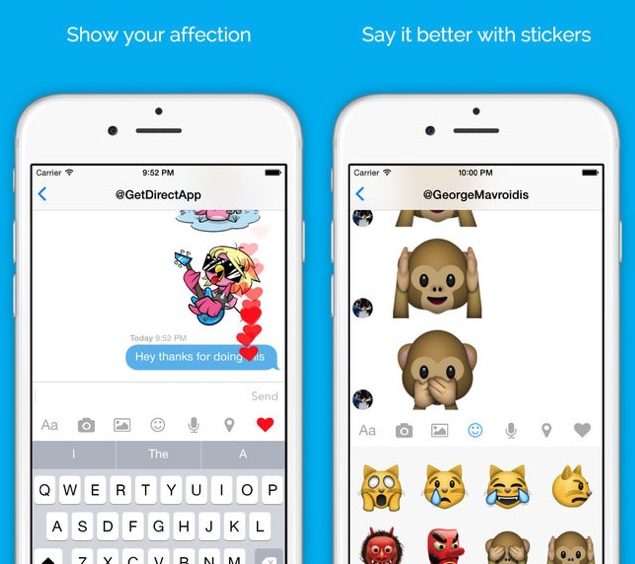 Direct Messenger works just like how you would text from your phone, and the only thing you have to worry about is data charges. If you're well covered in that regard, then we couldn't recommend Direct Messenger any more to you.

It's really that good.

You can download Direct Messenger from here, and is absolutely free. With great and wonderful functionality to boot, the app is a must-have if you're a die-hard fan of Twitter's Direct Messaging service.

Be sure to let us know in the comments section what you think about the app.