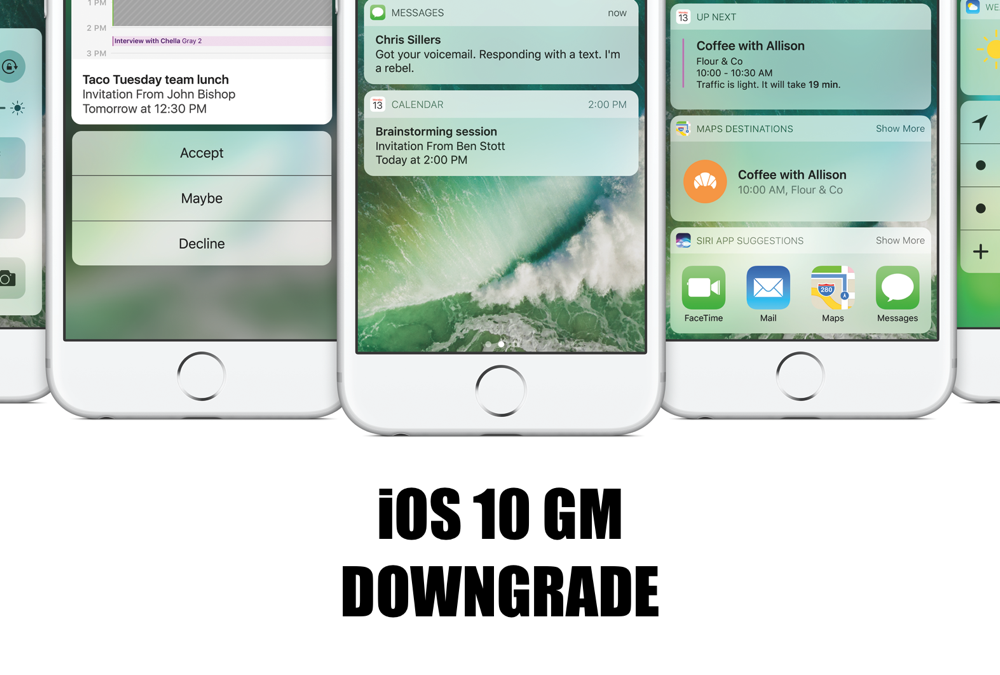 Here’s a complete step by step guide on how to downgrade iOS 10 GM to iOS 9 running on iPhone, iPad, iPod touch.

There is a possibility that you did not like iOS 10 at all for a wide variety of reasons, with performance related issues sitting at the top. If that is strictly the case then you will be pleased to learn that you can downgrade your copy of iOS 10 GM back to the current public release of iOS, which happens to be iOS 9.3.5 - at the time of writing.

So let’s jump into the prerequisites first then we’ll walk you through the entire process.

First and foremost, if you have important data on your iOS device, back it up using iCloud or iTunes. Secondly, make sure you download the iOS 9.3.5 firmware file tailored for your iPhone, iPad, iPod touch.

With that out of the way, let’s begin.

1. Connect your iOS device to your PC or Mac using the supplied USB cable.

2. Launch iTunes. You can download it from apple.com if you haven't already.

Given that everything was followed perfectly, iTunes will start restoring your device to iOS 9.

The entire downgrade process will take only a few minutes to complete and we highly recommend not touching your computer or doing anything fancy during that time. Once you see the iOS greeting screen, simply set up your device and start using as you normally would.

Keep in mind Apple will sign iOS 9.3.5 as long as iOS 10 final release doesn’t drop in the public domain, giving you an ample amount of time to downgrade. But quite frankly, given the feature-set iOS 10 brings to the table, there’s no reason at this point why you’d want to stick with iOS 9. Until or unless you’re seeing performance or battery related issues after installing Cupertino’s latest and greatest mobile operating system.

But we're dead certain things will start rolling smoothly for everyone once point updates are released by Apple to iron out iOS 10. Be on a lookout for that as well.

If you did downgrade from iOS 10 to iOS 9, then be sure to let us know the reason in the comments section below. We’re quite certain you have some good reasons for making such a move.

Important Link to Check out