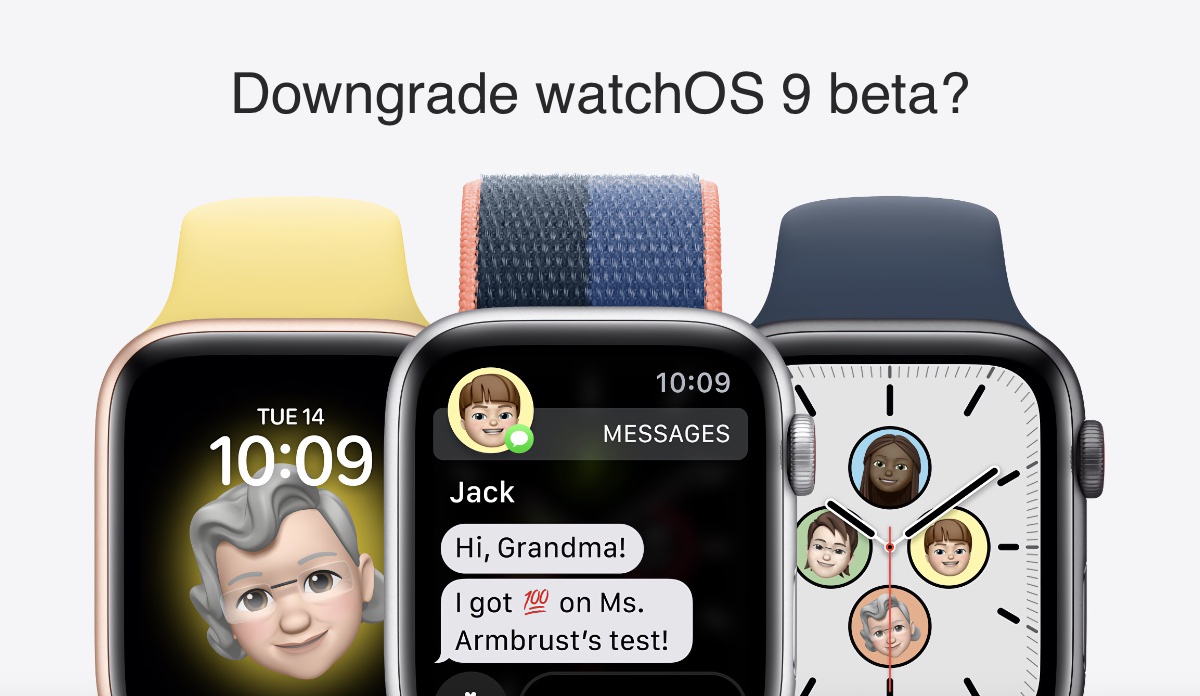 Whether or not you can downgrade watchOS 9 beta to watchOS 8 on Apple Watch, we’ll give you a straight answer.

Rather than babbling about how the Apple Watch cannot be hooked up to a PC or Mac, we will just let you know that you cannot downgrade watchOS 9 beta back to watchOS 8 no matter what you tried or did at home. Once you are on watchOS 9 beta, you have to install every single beta update until the final version becomes available to you later this year.

Do not bother with connecting the Apple Watch magnetic charger cable to your PC or Mac in the hopes that your Apple Watch will show up in Finder or iTunes. It simply does not work that way. The magnetic puck only exists to provide power to your Apple Watch, nothing else.

However, if you live in a country or place where there is an Apple Store nearby, you can try to make an appointment and ask Apple to help you with the downgrade. You’ll be extremely lucky if Apple ends up helping you out in any way. However, if you fall within the Apple Watch return policy, you might want to give it a shot as well.

As fun betas are to try out, we always recommend installing them on a spare device. Never ever attempt to instal early betas on your primary device as you can run into all sorts of problems, including app crashes, extremely bad battery life, overheating issues and so on. Pre-release software can be a nightmare to work with therefore it is a good idea to instal betas that are released closer to the final build or just skip them altogether if you are not a developer.

We wish there was a way to simply opt out of the beta completely and install the latest public build of the watchOS software over the air. Who knows Apple might simply throw in such a feature in some future watchOS update. Until that happens, stay clear of watchOS betas or install them on spare devices.

Check out the following: