With mobile SoCs drawing nearer to the processing prowess of desktop and laptop CPUs, we have to wonder why is battery tech left out of the research equation altogether. That being said, Samsung is currently working on a tech where the firm will be able to start mass production of lithium batteries that will boast twice the capacity compared to regular batteries. Samsung plans on making this possible by developing a silicon cathode to be coated on a silicon surface. Using this approach, the company will be able to increase the energy density to two times that of what current lithium batteries are able to accommodate. 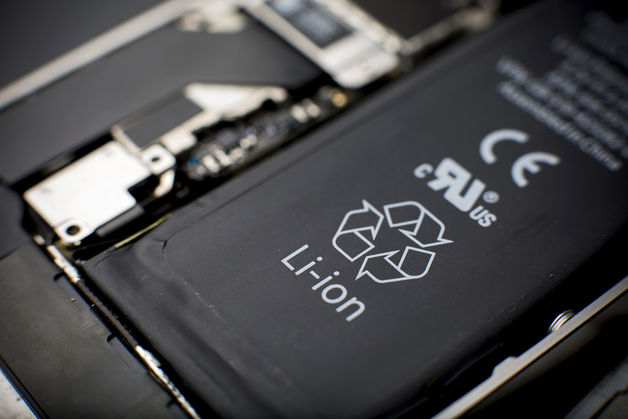 While The Technology Is Still Being Researched, Commercialization Of Samsung Batteries Might Still Take 2-3 Years

According to Nature.com, the following details have been provided concerning the battery tech that Samsung is working on:

“Large volume change of silicon over charge–discharge cycles weakens its competitiveness in the volumetric energy density and cycle life. Here we report direct graphene growth over silicon nanoparticles without silicon carbide formation. The graphene layers anchored onto the silicon surface accommodate the volume expansion of silicon via a sliding process between adjacent graphene layers. When paired with a commercial lithium cobalt oxide cathode, the silicon carbide-free graphene coating allows the full cell to reach volumetric energy densities of 972 and 700 Wh l−1 at first and 200th cycle, respectively, 1.8 and 1.5 times higher than those of current commercial lithium-ion batteries. This observation suggests that two-dimensional layered structure of graphene and its silicon carbide-free integration with silicon can serve as a prototype in advancing silicon anodes to commercially viable technology.”

Due to the limitation of materials, companies manufacturing lithium batteries have increased their maximum capacities, but sacrificed their overall life span and energy density. The most that battery tech has been able to achieve so far is producing twice the capacity of the first commercialized batteries, which started production during the 90’s.

While that is a very long time for such a small rate of battery tech evolvement, Samsung is making strides to make sure that battery life will no longer be a feature that will be overlooked again. The development of a high-density and highly-durable cathode creates a protective layer around the silicon, thus making it possess twice the energy density. According to Business Korea, mass production of this battery tech will have immediate advantages in the smartphone and automobile industry.

Sadly though, the commercialization of these batteries will still take 2-3 years, so if you are jumping with joy right now, take a breather and wait for this new tech to be sold in the near future. Glad to see that some companies are starting to take battery issues more seriously than others.