It's been quite a long time since we learned that a new entry of the DOOM series was in development, and starting today, some lucky players are finally able to try out the multiplayer mode of the new game which will release in just a few weeks. The DOOM beta has gone live a couple of hours ago, and a few gameplay videos have already surfaced online. 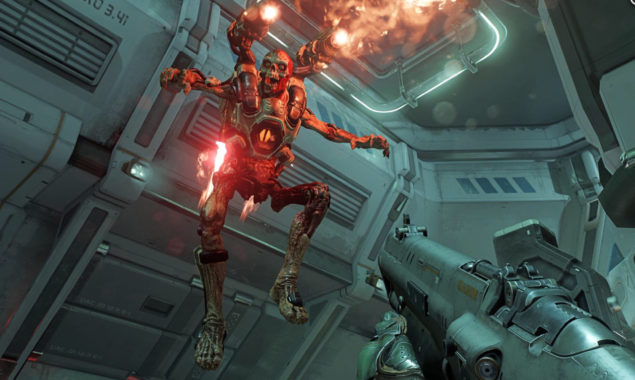 The new DOOM multiplayer beta videos showcase the fast paced action the series is known for. As players have just started learning about the game's mechanics, we should expect later videos to showcase an even faster experience. You can check out the two videos right below.

Earlier this week, the DOOM multiplayer beta has become available for pre-load, allowing some to check out the menus and options even before servers went live. Some screenshots have also been shared online, revealing some of the customization options that are available in the beta.

Last week, a new DOOM trailer has also been shared online, showcasing the game's multiplayer features. For the first time, players will also be able to control the fearsome demons that have always been part of the series, something that will surely expand gameplay possibilities.

For more than two decades, the DOOM marine has shot, smashed, blasted and chainsawed his way through heaving hordes of hellspawn. But come May 13, when DOOM releases on PlayStation 4, Xbox One and PC, the demons will finally have their day. For the first time in the history of id’s seminal shooter, players can actually become a demon and wreak all kinds of havoc in intense multiplayer matches

DOOM launches on PC, PlayStation 4 and Xbox One on May 13th. The game's multiplayer closed beta is now live on all formats and it will be available until April 3rd.