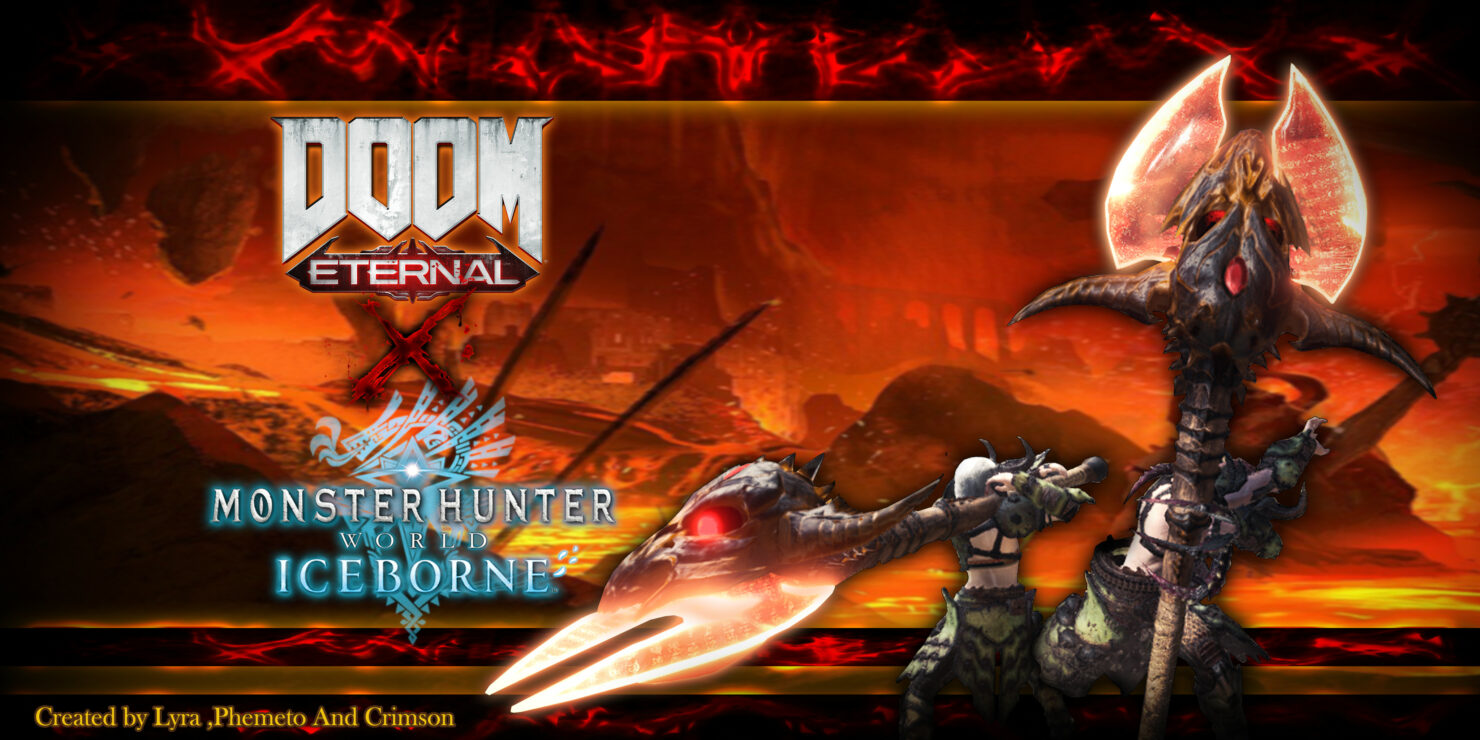 Created by modder ‘Lyra’ (and various others), this Monster Hunter World/DOOM Eternal crossover adds DOOM’s Marauder to the game without replacing any other monsters. In addition to adding this fierce humanoid enemy, the DLC-sized modification adds four quests to the game alongside armors and weapons. On top of that, ‘Lyra’ has also included a full Palico equipment set.

“The Marauder, a humanoid enemy that is known for its extreme speed unrelenting attacks and sometimes being fought alongside a hell hound, slay him to obtain the right to wear his equipment and use his head as a trophy”, the description of the mod reads.

Some lore has also been included:

After you slayed Alatreon rumor's of fire activity in the secluded valley were tossed around but it was deemed an instability due to Safijivas previous damage till an unknown hunter posted a request, they claimed they saw a fire portal materialize and a creature come out, they offered some details on the request how they had information about it is a mystery and suspect, but none the less a priority, as anything that nested on that cursed place was a nightmare reincarnated.

Down below you’ll find a set of screenshots and a video of the modification in action.

Installation of the PC mod is fairly easy and only requires users to drag and drop the downloaded files in Monster Hunter World’s installation directory.

Both DOOM Eternal and Monster Hunter World are available now globally for PC and consoles (also available through Xbox Game Pass).  The title will also be releasing on the Nintendo Switch next week. Please note that this modification is only available for PC players.