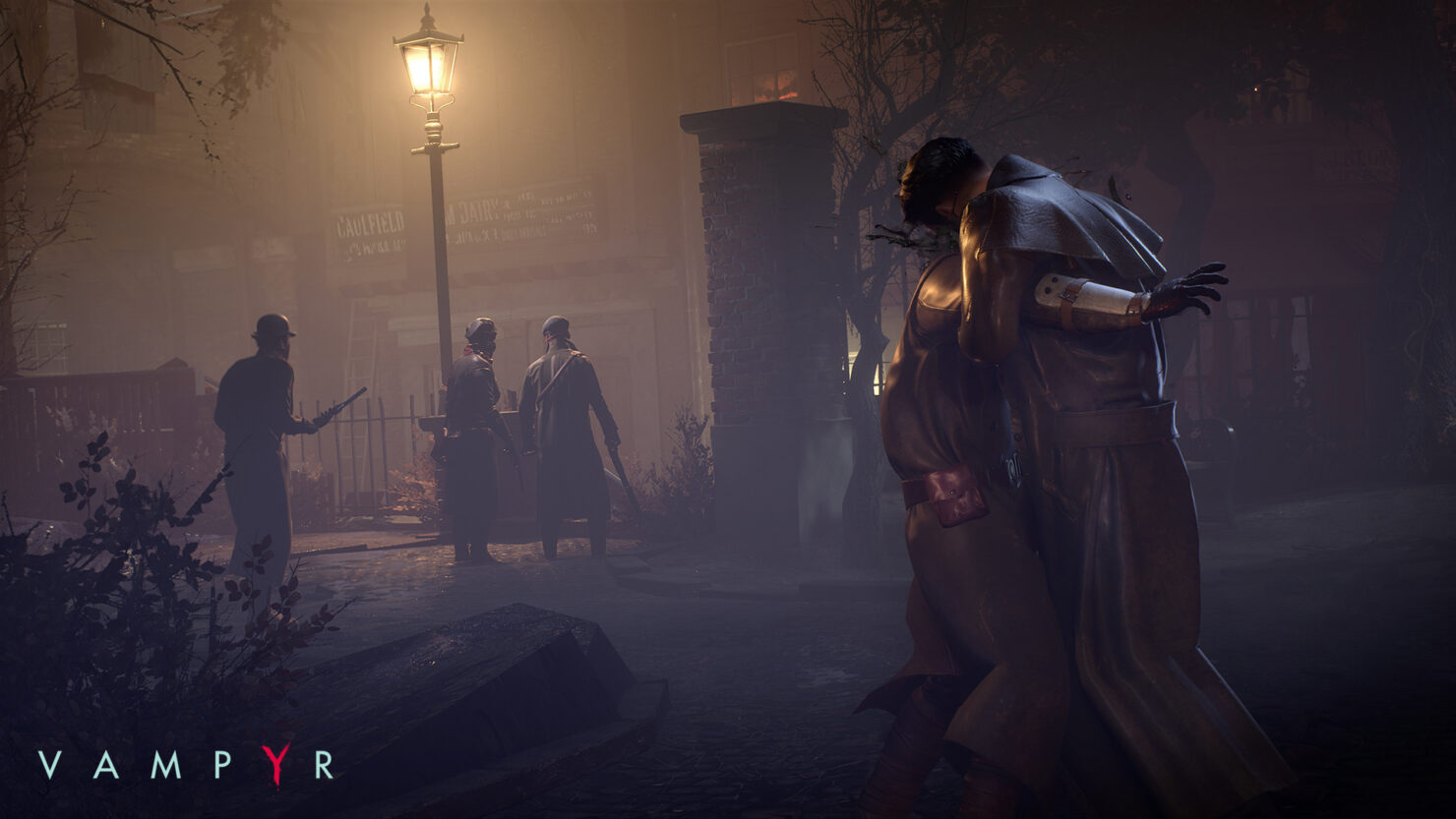 Vampyr, the action RPG published by Focus Home Interactive and developed by Dontnod (Remember Me, Life is Strange), has been delayed. Originally scheduled to launch in November, it will now target a release in Spring 2018.

Delaying the release of a project you hold dear is always a tough decision. However, we believe that meeting a deadline should never compromise quality. We were still convinced just a few weeks ago that we would be able to release Vampyr this year. Unfortunately, a technical issue - now solved - has set our teams' schedule back at the end of the development.

This delay allows us enough time for all the polishing and balancing phase, much needed for a game of Vampyr's scope, with its ambitious, semi-open world, its complex narrative and deep RPG mechanics that give players a real impact on the world.

We want to thank our publisher Focus Home Interactive for giving us the means and time necessary to provide players a memorable experience... especially since so many of you are eagerly waiting for it.

We previously had the chance to interview Vampyr's Narrative Director Stephane Beauverger. You can find a few excerpts below.

As a vampire the player will have the choice to drink innocent blood in the game, but how will that affect the story and the city?

There are no nameless civilians in the game. They all have their own stories and interests and friends and enemies. Each time to decide to kill one of them you’ll have to see the consequences for the rest of the city. There will be an impact on the local scale.

When you decide to kill some gang member in the East End, it will not change the fate of the city of London, but it will change the people that knew him. Each time you kill a civilian you will see some consequences on the local scale.

Is there any morality or karma meter in the game, or is it up to the player to decide whether they did right or wrong?

This is actually a very interesting question, at one point we had a system where you could get good or bad karma. But when we looked at it, it looks like when you kill someone you can have better karma. That seemed very strange, you can’t get good karma for being a murderer. We also realized that because of the game mechanic, you could not give the same karma points to everybody. We had tried to link that to the blood quality, and we realized that the poor and the sick had small karma. It was less punishing for you to kill them as if there was a different price on human life, dependent on social level. We decided to change that: one death, one damnation point.

We decided that you can only go down to hell, you just decide the speed. So we thought about putting in a karma system but we decided against it. If you take a life, any life, you pay the price.

With every death having a big or small ripple on the city, every player will have a different looking city by the end of Vampyr?

If you kill too many people too soon, you can reach what we call the ‘critical health status’ for the district. That means even if you left some citizens alive, the district will crumble because there are not enough people left alive. You will lose the entire district. You can go back if you want but there will just be monsters and guards and vampires. No one else is alive anymore.

At the end of the game, if you decide to kill lots of people you can have the city burning down with no one left alive. It’s not ‘the evil ending’ it, just how you decided to play the game. You can go back and play it again and try not to kill anyone if you want.