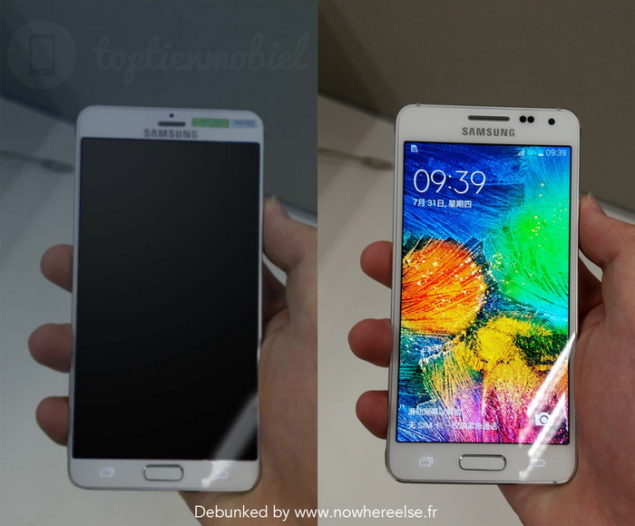 If you take a close look at the images above, you can spot tons of similarities. Not only is the device similar looking, but also the hand which holds both the devices remains unchanged. So much for good photoshopping. This leak shows us once again how unreliable several sources around the internet can be.

But don't loose all hope yet. Apart from a final image, we know quite a lot about the Samsung Galaxy S6 so far. The Galaxy S6 has done us the courtesy of appearing in Antutu not once, but twice in its limited time period of leaks. The device is expected to come with a 5.5 inch screen, a resolution of 2560 x 1440, a 16/20 MP rear camera and the Snapdragon 810 and the Exynos 7 Octa on board. Sounds good so far. We'll keep you updated as this develops.