That iconic barrel throwing pal of ours seems to be making its way over to the Wii U and 3DS's Virtual Console mechanism.  So be on the lookout for some more classic games to enjoy. 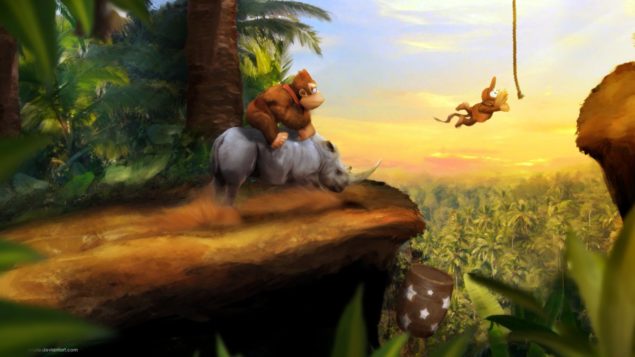 Nintendo has released six Donkey Kong games for the Virtual Console shop for the Wii U and 3DS.

Well, it's probably a long time coming, but it seems that Nintendo has finally been able to launch both the Donkey Kong Country and the Donkey Kong Land trilogies for the Wii U and the 3DS respectively.

Rare was the original developer of all six of these games starting back in 1994. The Donkey Kong Country trilogy was originally released on the SNES while the Donkey Kong Land trilogy found its way on the Game Boy. These aren't necessarily "remastered" per se, but still seem to do the big screen justice and look just great.

I think they were generally praised as being some of the better and more jovial 2D platform games of the time. The gameplay is simple, yet atrociously fun. I think it's great that they've finally re-released these two trilogies to be enjoyed again. You may remember that they were pulled from Wii's Virtual Console store back in November of 2012 with very little explanation, so the further development for the Wii U may be precisely that reason.

If you've never had the pleasure of enjoying this 2D platformer, then I suggest taking some time to go collect some bananas and to get familiar with riding rhinos. I can almost promise you'll enjoy it, though there is always someone that can find a fault that distracts too much from gameplay.

Does anyone have any great memories associated to any of the Donkey Kong games? Let us know in the comments!