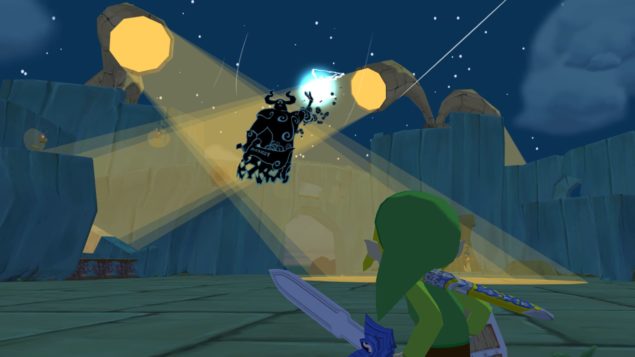 The Dolphin emulator project for Nintendo's GameCube and Wii games just got a pretty substantial performance boost, thanks to Microsoft's DirectX 12 API.

Dolphin has been open source for years now and user hdcmeta has implemented an experimental DX12 backend, which was so successful that it's now in the master build.

Performance gains can be up to 50%, depending on the title and resolution used: higher resolutions scale better with Dolphin's new DX12 backend. Here's what the creator said:

Generally, graphics-intensive games get a nice win, while (Gamecube CPU)-bound games (Zelda OOT from the 'bonus disk' is a good example) are the same - graphics wasn't on the critical path there. At higher resolutions, graphics becomes more important, so the relative improvement can increase there. In general, CPU usage is now much lower for the same workload relative to DX11/OpenGL.

Results below from a few games at 2.5x native resolution on NVIDIA and AMD hardware. 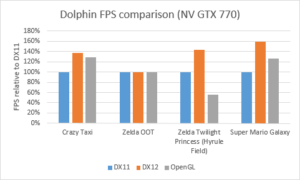 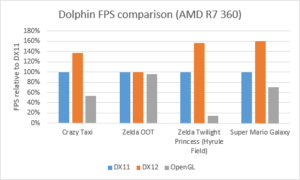 It's not the first time that an emulator uses DirectX 12 for its purposes either, as two months ago we've reported about RPCS 3 and CEMU projects. Let us know if you've been trying Dolphin with the new backend and if so, what kind of improvements and/or issues you encountered.

Yuzu Is The First Switch Emulator To Be Announced, Made By Citra’s Developers

iPhone X Emulated To Run Windows 95 And The Simcity 2000 Game, Check It Out

Atlus Sends a Takedown Notice against RPCS3, But Hints Persona 5 Could Come to PC