And here is yet another already released last-gen video game being remastered for the latest PlayStation 4 and Xbox One consoles. Capcom has announced that the critically acclaimed hack and slash action-packed game DmC:, which itself is a reboot of the Devil May Cry franchise reboot, will see the return of brothers Dante and Vergil next year on the latest consoles. While running at a native resolution of 1080p with 60 frames per second, the game, like almost all other remastered titles, will come packed with a bunch of new features and improvements that will deliver “definitive DmC experience” to players. 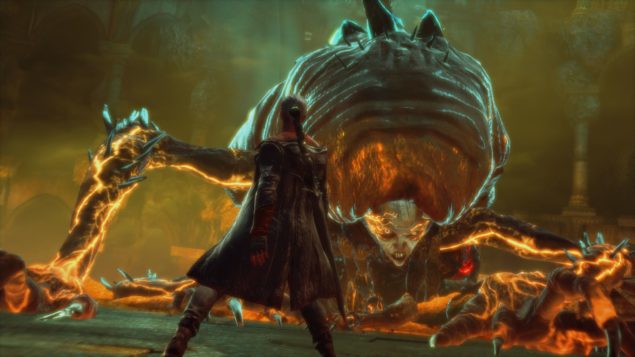 DmC Devil May Cry: Definitive Edition Hits PlayStation 4 and Xbox One Next Year in March With Enhanced Visuals and Extra Content

This makes it clear, while next year is expected to be all about the latest living room eighth generation video game consoles, and next-gen first and third-party video game titles, it won’t actually as well go unimpeded by the remastered versions of video games that were originally developed for the last generation of consoles. A couple of the upcoming remastered video games are two Ninja Theory’s hack and slash adventure titles, according to Capcom. A definitive edition of DmC: Devil May Cry, as well as Devil May Cry 4 video game titles will be launched next year.

Capcom revealed today that DmC Devil May Cry: Definitive Edition, the remastered version of the fifth installment in Devil May Cry series that also served as a reboot of the franchise, will be released for the PlayStation 4 and Xbox One consoles on March 17, 2015 for $39.99. A Special Edition version of Devil May Cry 4 will also be released on the same consoles with boosted visuals, overall gameplay quality, and added perks in the summer of 2015, though Capcom has not revealed a specific release date and price point for it.

DmC Devil May Cry: Definitive Edition will feature enhanced visuals and graphical detail, and will come packed with all the downloadable content that has been released previously, brand new modes, and additional gameplay features. The game will run at native 1080p resolution on both the PlayStation 4 and Xbox One consoles with 60 frames per second. The upcoming game will bring a number of features and technical improvements with it. Following the reveal trailer of the game, you can check out the complete list of new features and enhancements that DmC Devil May Cry: Definitive Edition will feature.

More details about DmC Devil May Cry: Definitive Edition and Devil May Cry 4 Special Edition are due “in the coming months” according to the publisher, so keep checking back to know more about the story.