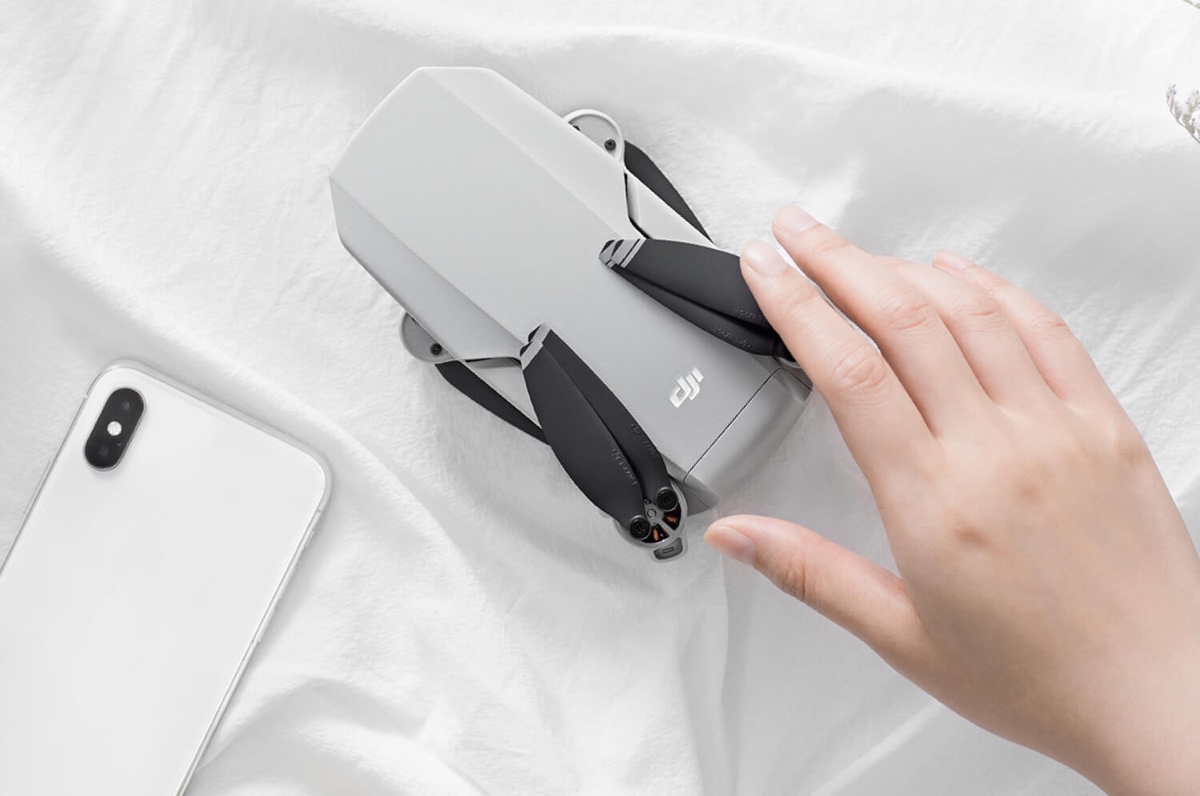 No more rumors or leaks. The DJI Mavic Mini is now official and it's the best compact drone you will ever come across. Period.

I dived into the world of drones with the DJI Spark. I didn't even buy the Fly More Combo assuming that the fun would wear off in a few days and the drone would end up eating dust in a corner.

I bought the controller, the official charging station, extra batteries, car charger and more. Even ended up taking things further by investing in a Mavic Pro. I got really obsessed with aerial photography. The only problem with both these drones was the nuisance of transporting them. Sure, you can fit them in a small space if you like, but you're adding some pressure to the chassis, and you don't want to do that to a gadget you truly love.

So, when I heard the first ever rumor that DJI was working on a tiny drone, it really had my attention. Now that the DJI Mavic Mini is official, I'll just say it as is: this is the best mini drone I've seen. Ever.

Right off the bat, this drone looks like a shrunken down Mavic Pro, which is obviously a good thing. It looks modern and something straight out of a sci-fi movie. Double points for that.

Just like the Mavic Pro and Mavic Air, this thing folds down so small that it can fit in unusually tiny spaces. Even your jeans pocket if you are brave enough. In fact, when folded or unfolded, these are the dimensions you can expect from this thing:

Despite its small size, DJI was somehow able to push this drone to the limits when it comes to flight time. On a single charge, you can keep this bird in the air for up to 30 minutes. That is enough to get plenty of shots and record video for an extended period of time.

Here comes the strange part. According to DJI's website, there are two types of Intelligent Flight Batteries available for the Mavic Mini - one has a rating of 2400mAh, the other one is 1100mAh. The former is heavier at 100 grams, and is a Li-ion 2S cell, while the latter has a weight of just 50 grams and is a LiPo 2S cell.

The smaller battery offers a maximum flight time of 18 minutes while the larger one will take you up to 30 minutes. Choose wisely while buying this drone.

Since this is an entry level drone from DJI, therefore do not expect OcuSync to handle all the transmission and controller needs. Just like the Mavic Air, the Mavic Mini features enhanced WiFi for flying. You can expect range of up to 4KM and will show the live view from the camera straight on your smartphone in 720p at 4Mbps bitrate (maximum). This is not great, not terrible. If you've ever used a Spark, you'll feel a slight upgrade for sure.

With WiFi, you can expect some sort of latency. We're talking about 170 to 240ms here, depending on the environment you're flying in. If you are flying using 5GHz, then you can expect better latency. 2.4GHz is great for range, but don't be surprised if the video feed cuts off way too often due to interference.

The controller looks similar to the one on the Spark and Mavic Air, but it's been further simplified and even has removable thumb sticks for easy transportation. There's no built-in screen on this controller. Everything will be available for viewing straight on your smartphone which attaches to the controller using a hardwired connection. You have the option of Lightning, USB-C and micro USB here, so no issues whether you are using Android or iOS.

The controller has a 2600mAh battery built right in and will serve you with several flights before giving up the ghost. And obviously, the controller supports both 2.4GHz and 5GHz frequencies for controlling the drone and video transmission.

The DJI Mavic Mini weighs in at just 250 grams, and is almost as light as a smartphone. According to DJI, this drone is so light that many countries might even exempt it from certain regulations. But don't be surprised if the next drone law brings the weight limit to 200 grams. Such things do happen.

Furthermore, given the light weight, I have personal concerns of the drone's performance in mild wind. I'm sure it will handle just fine, but absolutely curious regarding this.

Ultimately, the Mavic Mini is a camera drone. And here are the camera specs that will keep you excited:

If you're already acquainted with the DJI Go 4 app, then the new DJI Fly app will feel right at home. In fact, it's now simpler than before tailor-made for the DJI Mavic Mini. It features everything from Flight Tutorial to quickly framing shots and whatnot. All the video recording and snapping photos happens from within this app.

But that's not all, you get the usual crazy QuickShots in the package. This includes Drone, Rocket, Circle and Helix. Even if you are not an expert drone pilot, the app will take care of everything. Just tap and draw a square around the subject.

With SkyPixel integration right within the new Fly app, you can find popular drone locations near you and upload straight to the network using the app. Discovery has truly been made simple here.

There are easy to use templates within the app that allow you to create marvelous videos out of your drone footage with a few taps.

The Mavic Mini might be a small drone but it flies fast. According to DJI, you can expect speeds of up to 13m/s (46.8kph) in S mode, 8m/s (28.8kph) in P mode and 4m/s (14.4kph) in C mode. Obviously, these speeds are tested under ideal conditions with no wind. Your speed will vary depending on tail, head or side wind.

You get the usual GPS and vision sensors built right in so your Mavic Mini hovers in the same exact spot and dose not bump into other objects. You can even charge this drone using micro USB which is a great feature if you're always on the move. In fact, you can even charge this drone using a battery bank, just like the Spark. You even get support for up to 256GB microSD cards with a UHS-I rating.

Keep one thing in mind, and this is something which everyone needs to be careful of - the Mavic Mini has obstacle sensors at the bottom. Not at the front or back. This means that you have to be really careful with this thing while up in the air.

The DJI Mavic Mini price depends on what you are buying. You have two options:

You must be wondering what's the difference between the two, then fear now, we're going to list down every single package content below.

If you are interested in this drone and are looking for more details, then head over to this link. If you want to see the drone in action, then check out the official videos below: