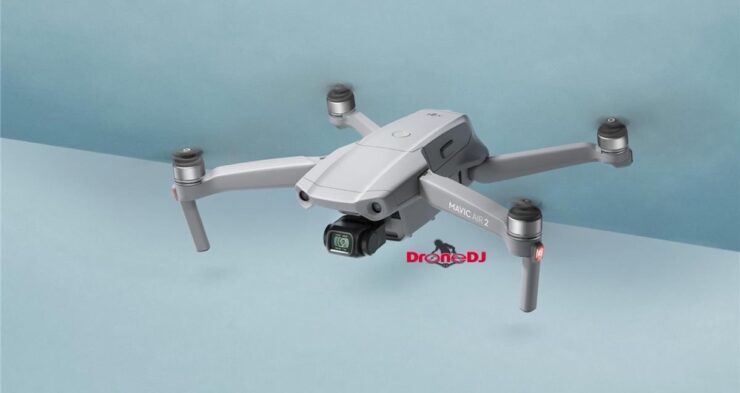 The DJI Mavic Air 2 just had its price leaked online and several more photos have surfaced, giving us a glimpse into what we can expect.

Back in March, we were treated to a few leaked photos of what appeared to be the Mavic Air 2. Today, more photos have surfaced online, giving us an even better look at the upcoming drone. But the photos isn't he exciting part of the new drone - it's the pricing.

According to DroneDJ, which brought us the previous leak of the Mavic Air 2 as well, the new drone will be priced at just $799, which is $120 lesser than the current Mavic Air when it originally launched.

The price drop is obviously welcome, and given how capable the current model is, it's pretty safe to say that the newer model will definitely offer improvements that will give the current model a run for its money. Now, onto the photos.

We can deduce from the images that the Mavic Air 2 does not have collision detection sensors at the top. Apart from that, the camera will be able to take 48-megapixel photos, which, according to DroneDJ, will be achieved by stitching several photos together. Another worthy thing to note here is the fact that the new Air will give up Wi-Fi in favor of OcuSync 2.0, which means a solid connection between the drone and the controller. There will be a 3-axis camera system and a half-inch CMOS sensor.

Honestly, I was completely split on the design of the Mavic Air 2. But now when I come back to it in there freshly leaked photos, it's starting to grow on me. And it makes sense why DJI is going ahead with this design change as well. It allows for a far more functional approach and paves way for a foldable propeller design along with a quieter flight as the leaks point out. It will be interesting to see whether or not the new Air will offer the same legendary flight time as the Mavic Mini or even the Mavic 2 - up to 30 minutes. Guess we will have to wait for another leak to confirm that. Just a few more days and everything will be clear as glass!