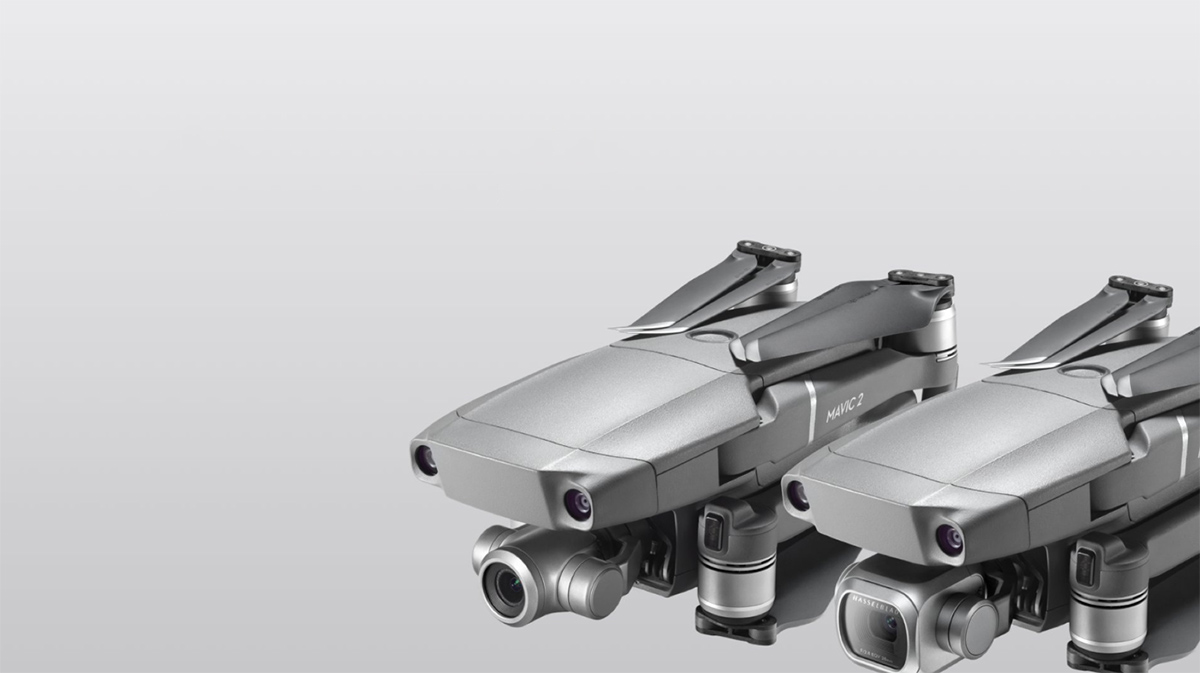 The world of foldable drones keeps getting better with the launch of the DJI Mavic 2 Pro and the Mavic 2 Zoom. With the announcement taking place in New York City, the world's largest drone manufacturer has introduced some new features in the new Mavic 2 series, which also includes better camera functionality as well as marginally better battery life. However, to know all the differences between the Mavic 2 Pro and the Mavic 2 Zoom, you'll need to read the core details that we've highlighted for you here.

The DJI Mavic 2 Pro features the same folding design as its predecessor, but the camera is much larger than the one on the Mavic 2 Zoom, which will obviously be bringing in improved image quality. The camera captures 20MP shots and uses Hasselblad’s proprietary Natural Color Solution (HNCS) technology to get a more accurate colour reproduction. The aperture is adjustable as well, giving shooters between f/2.8-f/11 for various lighting conditions if you wish.

DJI has also tweaked the drone’s body to the point where it has become more aerodynamic, with the company claiming that the new design reduces body drag by up to 19 percent, which helps the drone achieve speeds of up to 44 miles per hour (70.8 kilometres per hour). However, the drone is slightly larger now, with its diagonal distance increased to 354mm, but the important thing to know is that the folding part is still there, especially to those that demand portability above everything else. 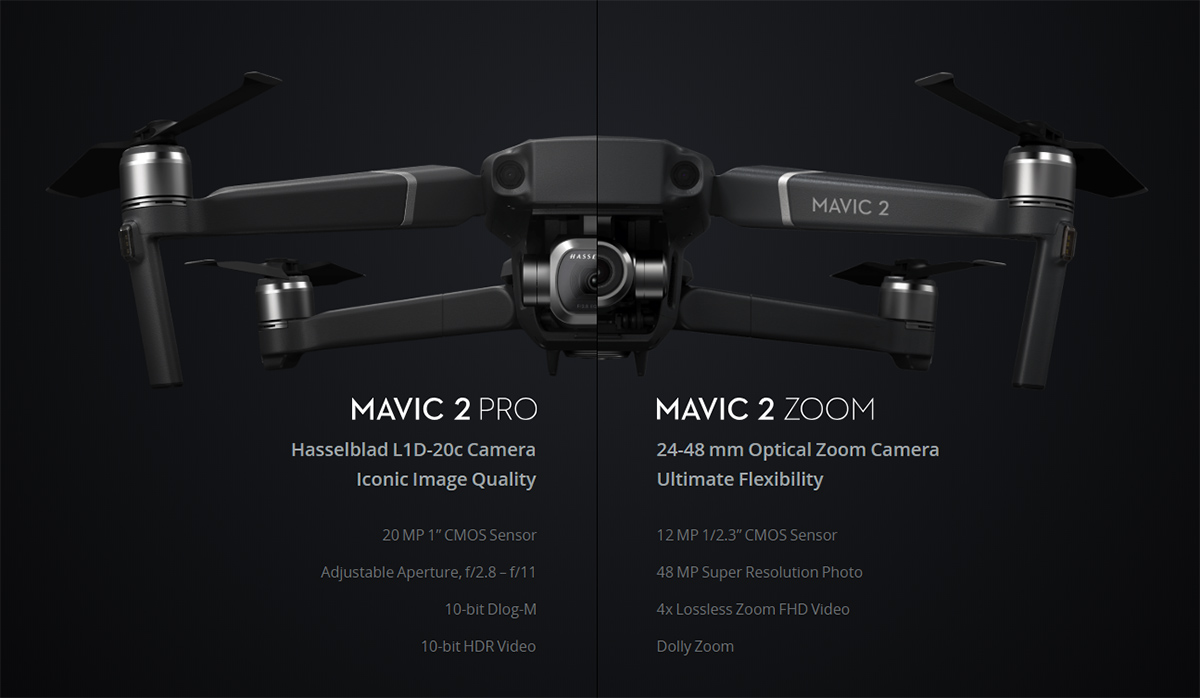 The propellers have a new design as well and have been made in order to help cut down on air drag and reduce sound, but DJI does not state if this will increase battery life or not. However, the drone is going to be quieter while it is in the air but that does not mean the drone is going to be dead silent. The larger size also means a bigger battery capacity, with a 3850mAh unit shipping with both drone models. The difference in battery life is not astounding, as you will be able to experience a flight time of 31 minutes over the predecessor’s 28 minutes, but at least you are getting something for the price.

Speaking of price, the Mavic 2 Pro costs $1,449, with the drone being on sale starting today.

Camera samples taken from the Mavic 2

The Mavic 2 Zoom gets all the important features of the Mavic 2 Pro, except for the camera upgrade. However, the major focus that we are going to talk about with this drone is the 2x optical (24-48mm) and 2x digital zoom, which combine to simulate the effects of a 96mm lens. The 12MP camera is able to use a new ‘Super Resolution’ feature that is able to stitch nine zoomed-in photos for a super high-resolution 48MP shot.

The rest of the specifications remain constant with the Mavic 2 Pro, but the price tag is much lower. The Mavic 2 Zoom costs $1,249 and just like its upgraded cousin, this product is available to purchase on the company’s website right now. If you wish, you can click on the links below, where you will be taken to the landing page to purchase any of the two models, but not before you tell us which one you will pick up.