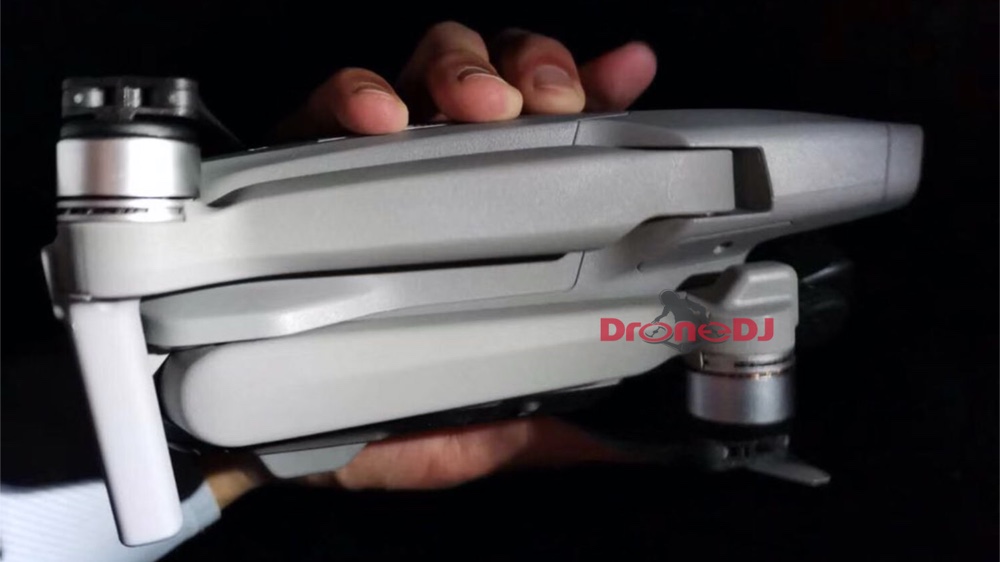 The first ever images of the DJI Mavic 2 Air drone have been leaked online and it resembles the Mavic Mini and Mavic 2 a lot in terms of design.

Announced back in 2018, the Mavic Air is due for an upgrade. Rumors suggest that the successor to the zippy drone is well on its way and now DroneDJ has jumped into the scene with what appears to be the first ever live images of the DJI Mavic Air 2.

Right off the bat you'll notice that the iconic design which we love about the Mavic Air is getting an upgrade (or downgrade?) resembling more like the Mavic 2 and the Mavic Mini. This means you can expect a pretty durable design that is extremely tried and tested. But I'm personally not a huge fan of the lighter paint job.

Apart from the design, the DJI Mavic Air 2 features the same silent propellers which we have come to love in the Mavic 2. This also means that the props are now foldable, unlike the first-generation, current Mavic Air drone. It's obviously a good thing as foldable props are less prone to damage while handling, and of course, the low noise characteristic means you will remain stealthy while up in the air.

The Mavic Air 2 is packed with sensors all around so that it does not bump into objects and will be able to avoid obstacles if you come across any. And unlike the current Air, the Mavic Air 2 has a gimbal that is not housed inside the body.

The controller has been completely refreshed and is something we haven't seen from DJI at all before. You get to mount the phone at the top of the controller rather than below. There is a toggle for switching between Normal, Sport and Tripod flight modes. Rest is pretty self-explanatory.

I am excited about the fact that a new Mavic Air is on its way. However, the design is something which really made the original Mavic Air stand out from the crowd. If you put this drone right next to the Mavic 2 and Mavic Mini, the consistency in design might actually not be a good thing. Don't like the design of the bigger drones? Then you won't like this either, it's simple as that. But hopefully I will be proven wrong with time once I see the drone in person.