Divinity Dev: Xbox One 7th Core Doesn’t Make Much of a Difference – Explains Why the Game will Run at 30fps on PS4/Xbox One

Divinity: Original Sin was quite an impressive classic role-playing game for PC by Larian Studios, a video game developer based in Belgium. The game is now headed to the eighth generation PlayStation 4 and Xbox One consoles as the new Divinity: Original Sin Enhanced Edition. With every game that transitions from PC to consoles or vice versa, questions regarding performance arise. The developer of Divinity series spoke about just that recently, talking about the development process and assuring fans that the upcoming game would run at 1080p on both consoles, but with only 30fps. 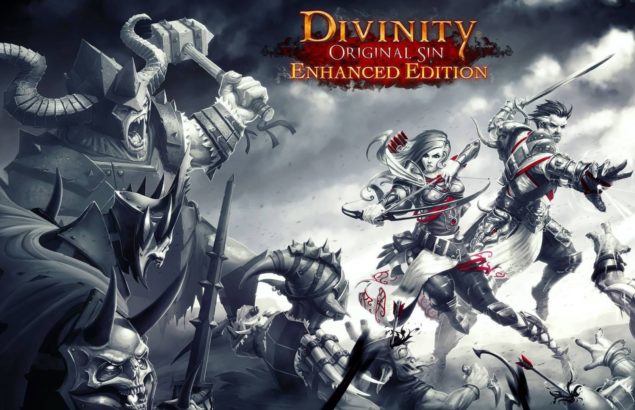 "You Can Only Use 60 or 70% of Xbox One's 7th Core," Says Larian Studios CEO - Explains Why Divinity: Original Sin Enhanced Edition Will Run at 1080p/30fps on Consoles

While Larian Studios put all its efforts into creating an immersive new role-playing game with Divinity: Original Sin 2, a sequel to 2014’s Divinity: Original Sin, the developer is also currently at work to revive the original game and launch it on PC, PlayStation 4 and Xbox One with enhanced visuals and gameplay. Sawn Vincke, the co-founder, CEO and creative director of Larian Studios, recently spoke with GamingBolt about the Xbox One version of the game, and explained why the game will run at 1080p but only 30fps on consoles.

When asked whether the Xbox One SDK update that allows game developers to churn out more processing power using the 7th core that was previously locked for system use is of much advantage for the development team, Swen said that the team is making use of it for better optimization, but since developers can only access 60-70% of it, the extra core has not impacted the development in a big way. He also explained that the console’s eSRAM was not an issue as they managed to engineer their way around it.

“Yes, we are using it. [On benefits] Not a lot apparently but we are using it. You can only use 60 or 70% of it so that is not big of a difference. Essentially it won’t make much of an impact.”

“We had experience with it with the Xbox 360 but we had to make some changes to cope with it. But in general we managed to achieve the same frame rate as that of the PS4 and we managed to engineer our way around it.”

The PC version of Divinity: Original Sin could easily run at 60 frames per second or even higher provided the machine’s capability, but the remastered version of the game is capped at 30 frames per second, Swen explained why so. It is basically due to the split-screen co-op mode, which the developer did not want to deliver any less enjoyable experience compared to the main mode. Swen said:

“It’s going to run at 1080p at 30fps. That is because we don’t want to differentiate between split screen and the main mode. You have drop in, drop out multiplayer. People can just jump in with a second controller and start playing in split screen mode that runs at 30 fps.”

Splitscreen is a feature that seems to be paling away apparently due to the hassle game developers have to go through to make it work with major games on current-gen consoles. Games like Halo, which was prominently dear to many only because of its splitscreen feature, have also cut it entirely. Titles that still support it, mostly Nintendo games, have to sacrifice on the side of framerate and visual fidelity to keep it. Divinity: Original Sin Enhanced Edition hits PS4 and Xbox One on October 27th and will be a free update for PC gamers that own the original game.