Microsoft may not match Sony’s rank on the gaming charts just now, but the matter of fact is that the company has worked a lot in past months to make the Xbox One cover the gap to the top by presenting it to gamers as a more reasonable choice both performance and cost wise. Techland, the developer of an upcoming survival horror game, has confirmed that Microsoft is working on improving Xbox One’s performance, as the console’s latest SDK update offers more control over the hardware and makes the dedicated eSRAM more accessible. 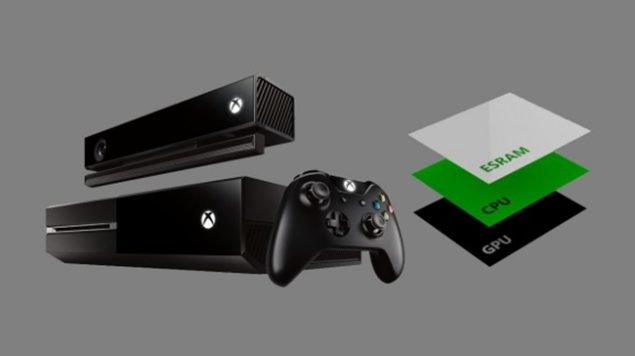 Latest Xbox One SDK Update Allows Developers to Do a lot More With the eSRAM, Says Dying Light's Lead Designer

While there is still much room for improvement and there will surely be many advancements in the future as this is only the start of the eighth generation video game consoles’ life span, it seems like much of the resolution-gate stuff that had been specifically revolving around Microsoft’s latest console somewhat seems to have taken the bite out. There still isn’t a significant amount of games that run at full next-gen standards on the Xbox One, but the latest games certainly perform much better on the console now, apparently because Microsoft is unwaveringly working to improve the system’s performance by rolling out new SDK updates that offer more control over the hardware to the developers.

Talking about Techland’s upcoming highly anticipated triple A zombie survival horror open-world video game title known as Dying Light, GamingBolt asked lead game designer, Maciej Binkowski, about how the development team achieved native 1080p resolution and 30 frames per second on the Xbox One, and whether or not did they take advantage of the latest SDK. According to Binkowski, the developer indeed used the updated SDK that came out this month, as it gives developers the ability to easily tweak the console’s eSRAM usage and improve performance. He said:

“We were using the latest version just prior to the new release that came out on December 12th. In terms of advantages, the main thing is just how much the ESRAM control has improved. The new API allows you to do a lot more with the ESRAM, things devs have always wanted to do but were not easily accessible. This together with better tools (PIX) allowed us to really improve performance and tweak ESRAM usage.”

For those who don’t know, PIX (Performance Investigator) is a software tool for the Xbox console that developers use to analyze and debug their code to enhance the performance of Direct3D applications. Dying Light is not the only game that is cashing in the latest Xbox One SDK upgrades, several triple A games released this year such as Destiny and GTA V also took advantage of the improved system development kits to hit full 1080p mark. With Microsoft constantly making more improvements to the console and offering more control to the developers, it seems like the performance gap between the two top consoles is narrowing down.