Divinity: Original Sin was a critical success when it finally released at the end of June of 2014. Larian Studios is riding on that wave of success by planning a sequel that hits kickstarter on August 26th. The great part is that fans will be able to vote on what's included in the different reward tiers. 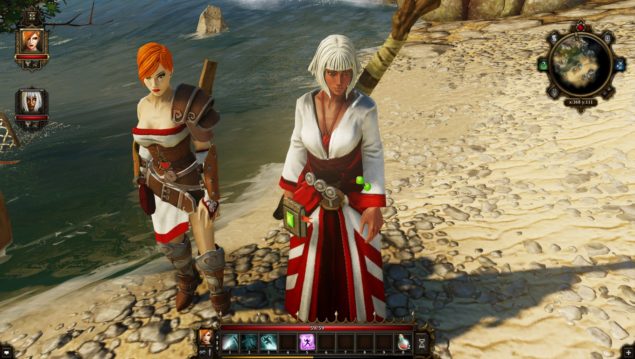 Divinity: Original Sin II promises something even bigger and better than the original.

A new Kickstarter landing page has appeared, telling of their excitement to begin the second part of their journey. We'll receive much more information on the 26th when the Kickstarter actually begins, hopefully with a story direction and some amazing artwork to boot..

On August 26th we'll be returning to Kickstarter with Divinity: Original Sin 2, but you don't have to wait to have your say. We'll want a lot of feedback as we progress, and right now we want to know what YOU want from the Kickstarter campaign. Head over to our Divinity: Original Sin 2page to suggest what rewards you'd like to see, and vote on the rewards that others have suggested!

Shortly after, at PAX Prime in Seattle, they hope to have a working demo that you might actually get a chance to play yourself.

The original Divinity: Original Sin was a classic-style RPG that sold nearly 160K copies just a week out from launch. It has been a highly rated game being praised for the depth of the story, the challenging combat and the traditional roots it has. It was such a success, that why wouldn't they want to continue to please fans?