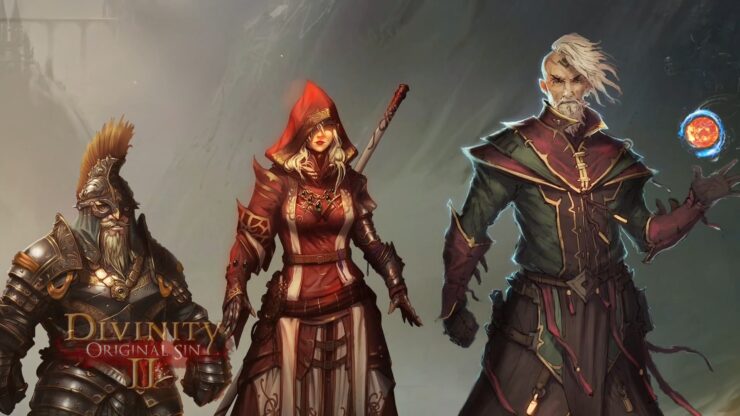 Larian Studios announced that turn-based cRPG Divinity: Original Sin 2 will officially launch on September 14th. The game is currently available via Steam Early Access, though quite a few things are still missing.

However, Larian just pushed a new patch that's supposed to add a lot of content.

Two new areas will provide a huge narrative bang. You’ll help our heroes crash land in Fort Joy and explore the next stage in their journey after they escape. Players with a profound fear of giant aquatic monstrosities, be warned!

We’ve also added relationship dialogues with companions, meaning you’ll be able to poke around in Red Prince, Sebille, Lohse, and Ifan’s heads like never before. But beware: You may not always like what you find.

Character Creation and crafting have also undergone a serious transformation. Together with the fact that you can now manage the formation of your party in a brand new interface, you’ll have plenty to try out.

You may have heard rumours of our mysterious fifth origin story - a sea-faring dwarf known only as ‘Beast’. With this update, you’ll get to meet (but not recruit) him for the first time.

They also revealed a ship called The Lady Vengeance as the new home base in Divinity: Original Sin 2, replacing the Hall of Echoes.

That's a change from what we originally planned (the hall of echoes as a home base) but while playing you'll quickly understand why we went for the Lady Vengeance in the end. All the home base functionality that was planned for the halls is there but more importantly - the Lady Vengeance requires no level switching which means you can split the party between home base and another piece of the map. That's much more convenient than having to gather your party and loading a new level. It's also a much better setting for some of the relationship building that we added to the game.

In case you are wondering, the Hall of Echoes is still part of the game - you actually visit it in in act 1 already - we just moved the home base functionality away from it.

You can check out the video update below, as well as our preview/interview article from Gamescom 2016 to refresh your memory.