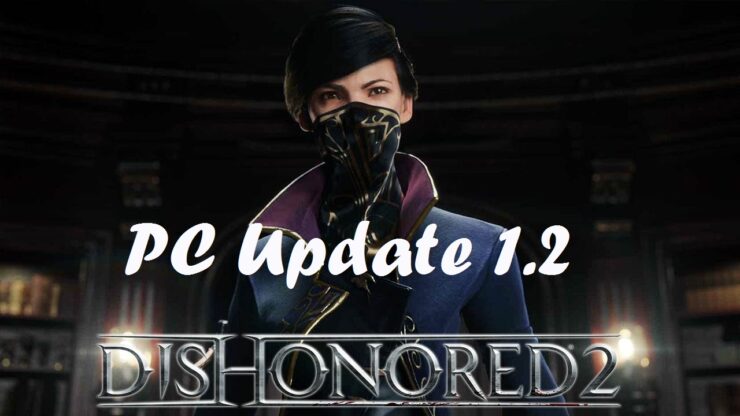 Dishonored 2 update 1.1 was released some days ago, and included a small number of fixes. Beta update 1.2 is a different story however, and clocks in at roughly 6.5GB in size.

Since the game’s launch some weeks ago, Dishonored 2 has been plagued by performance issues which seem to be related to bad optimization. Players will need quite a setup to run the game on ultra settings, while the game isn’t groundbreaking by any means.

The 1.2 beta update fixes a large number of issues, including performance problems, crashes, interface bugs, mouse errors and much more. Check out the release notes for Dishonored 2 PC Patch Beta 1.2 down below:

Auto-detection of the Visual settings was re-worked based on player feedback and observed issues. If still experiencing issues after updating drivers and downloading patch 1.2, advise using the “Restore Settings” option to apply the recommended settings for your hardware.

Fixed various issues related to mouse/KB and gamepad, including:
---- Mouse smoothing is now set to minimum by default

Added new settings in the Options menu:
---- Added a Framerate Limiter so the player can limit framerate fluctuation when playing without V-sync
---- Added TAA Sharpness option
---- Added more options to V-Sync settings
---- ----- If you had previously disabled V-sync, please check your FPS limiter setting to ensure it is set to your desired limit.
---- Added Triple Buffering option
Update 1.2 notes:

Added a customizable FPS limiter to reduce the fluctuation

Max pre-rendered frame is now managed by the game

Fixed a bug where AMD GPU experienced huge framerate drops when there is cloth simulation in the environment.

Fixed a bug where VRAM usage was higher than available VRAM

Fixed a bug where Water Quality settings was only impacting ocean, not canals or pools

Fixed a bug where mouse sensitivity was framerate dependent

Fixed a bug where Aim Friction didn't work with a gamepad

Fixed a bug where resolution could not be changed with mouse

Changed the Aim Assist settings to be more clear

Changed the Resolution Scaling settings for a better understanding

Blink, Far reach and The Heart are now automatically binded to shortcuts after being acquired

Fixed a bug where sabotaging the Oraculum device would count as 2 kills and prevent getting the "Clean Hands" achievement
Update 1.2 known issues:

The in-game Framerate may remain locked to 60 FPS when the V-sync setting is set to Full on a monitor that supports higher than 60Hz refresh rates.
---- Workaround: Disable V-sync and manually set the FPS Limiter setting to higher than 60 to achieve Framerates above 60 FPS.

The FPS Limiter setting only displays text in English and is not localized.
---- Workaround: None. Localization is expected to be implemented in a future update.

Keyboard and Mouse controls may display latency in menus and during gameplay when V-sync is set to Half.
---- Workaround: Either Disable V-sync or change the setting to Full.

Framerate may not be accurately locked to 30 FPS when setting V-sync to Half
---- Workaround: Disable V-sync and change the FPS Limiter setting, or increase the V-sync setting.

Multiple confirmation prompts may appear when cancelling a change to the Triple Buffering Setting.
---- Workaround: None. Cancel the prompt again until it no longer appears.

Controls may become locked if a controller has been disconnected while the game is running
---- Workaround: Use Alt+Tab to leave the game window then return, or reconnect the controller.

Judging from early impressions, the new update greatly improves performance on a lot of setups, but some players are still reporting framerate drops and frame pacing issues.