Dishonored 2 To Have Many More Than Two Endings, According to Arkane 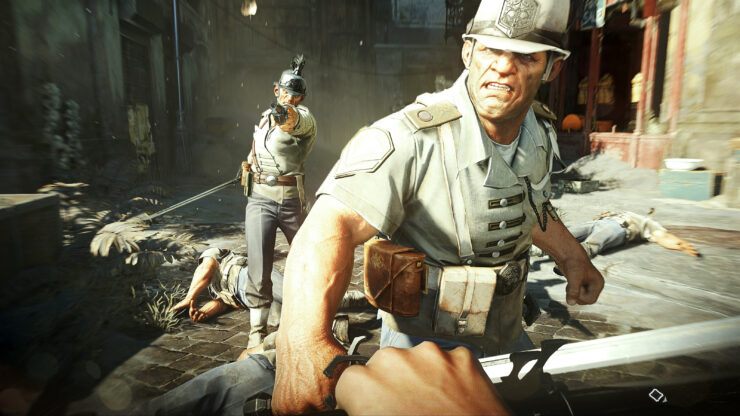 As we get closer to E3 2016, developers and publishers are slowly revealing more and more details about their upcoming games. Dishonored 2 is certainly one of the most anticipated titles: it's been confirmed to launch this year and publisher Bethesda Softworks will try to repeat Fallout 4's much appreciated short reveal-to-launch period.

The first gameplay footage will be unveiled at Bethesda's E3 Showcase, scheduled for  June 12th at 7PM Los Angeles Time. However, the development team at Arkane Studios revealed some new information in an interview with IGN.

In particular, Co-Creative Director Harvey Smith talked about the much more complex system behind player choices in Dishonored 2 which will lead to many different endings.

We have many more than just two endings this time. So it was a very ambitious undertaking to update that level of the game.

For example, in one occasion two leaders of opposite factions both have their legitimate views of why they’re better for the people, and you have to make a decision to end one or the other or both or neither and that has an impact on how the game turns out.

Dishonored 2 (which has been confirmed to feature first class voice actors from the likes of Daredevil, Gotham, The Wire and Game of Thrones) will allow players to choose between playing as Corvo Attano, the protagonist of the first game, and the Empress on the run Emily Kaldwin. Each has a different, albeit similar, set of powers granted by the Outsider. Both the first and the last missions will take place in Dunwall, while the rest of Dishonored 2 is set Karnaca, the "Jewel of the South" modeled after Greece, Italy and Spain.

Bethesda also just shared the first in-game screenshots and they look rather nice, as you can see in the gallery. Stay tuned for more on this highly anticipated stealth/action game.