A few days ago, we reported DiRT 4 appearing in AMD's latest Catalyst drivers, where a Crossfire profile was available for the game. If there was any doubt this was the real deal rather than a misprint, it can now be put to rest, as DiRT 4 also appears in Nvidia's drivers. 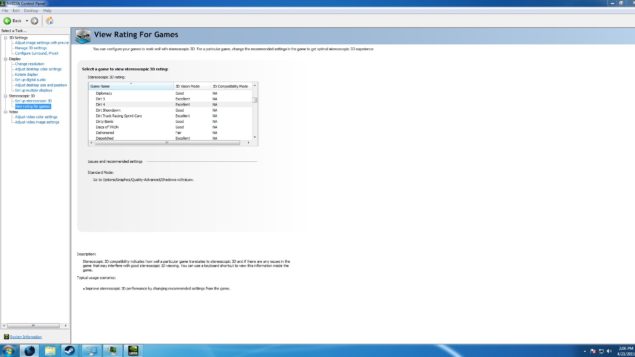 Nvidia has added a 3D profile for DiRT 4 rated "Excellent" which indicates that the game has already been tested. This was not present in older drivers.

Nvidia has also added an SLI profile for DiRT 4.

Codemasters has already teased DiRT 4, but no information has been revealed for the game. It will likely be using Codemasters' new engine featured in F1 2015, which launches in June. The new engine built for current generation hardware shows a massive increase in visual fidelity compared to the previous generation.

An announcement for DiRT 4 should be coming real soon so it's certainly exciting news for racing fans. The new engine will give the game a lot of visual flair and a potential current gen exclusive development will ensure a well optimized game.

DiRT 4 could be possibly be released alongside F1 2015 or shortly after in which case it should definitely be making an appearance at E3 2015 in June. We will bring you any new information on DiRT 4 as soon as it becomes available. Be sure to check out our F1 2015 overage for more on Codemasters.