Did Navinder Sarao Cause the 2010 Flash Crash? 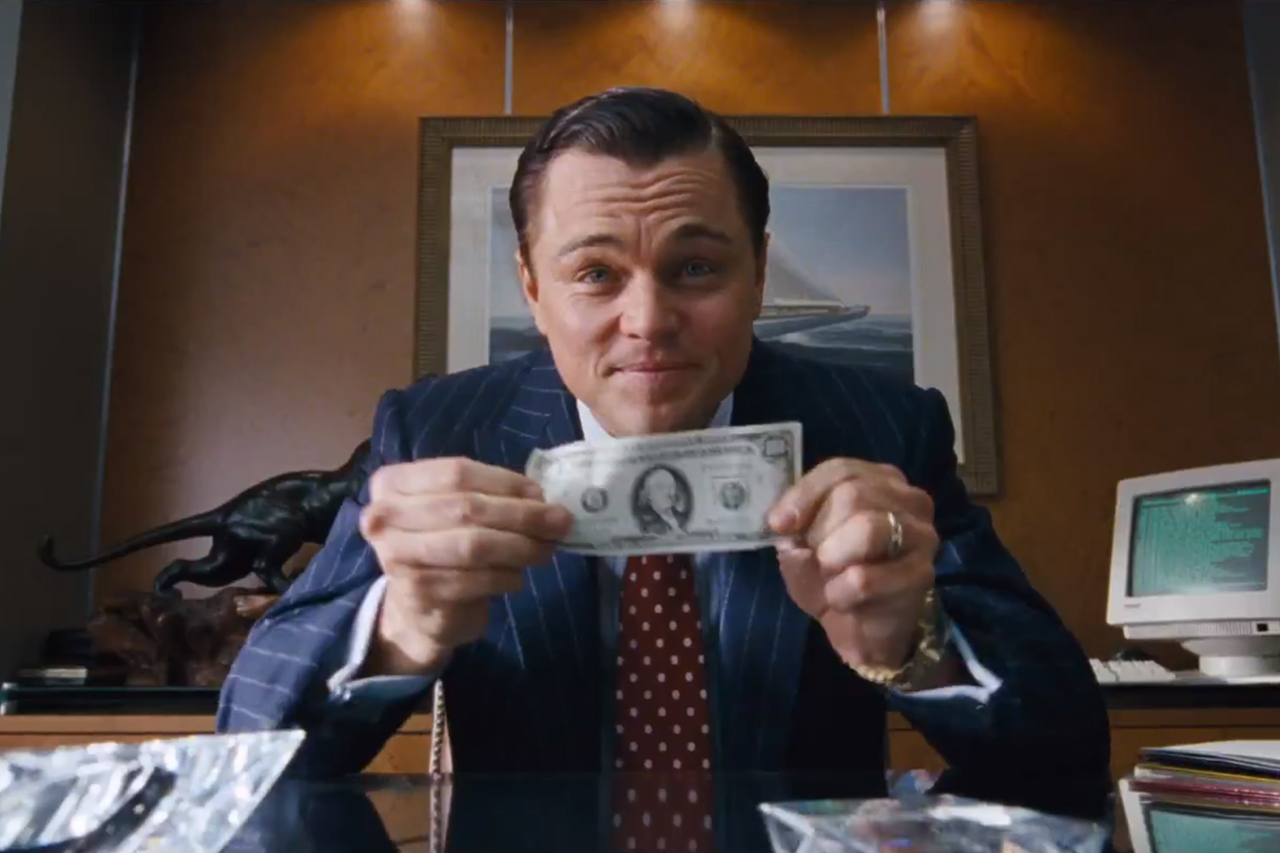 The Wolf of Wall Street? Or The Hound of Hounslow...

The views presented in this article are those of the author and may not represent the views of the publication.

Back in April 2015, as a fresh faced writer, I published a post on LinkedIn expressing my shock at the arrest and possible extradition of Navinder Sarao, now known as “The Hound of Hounslow”. You can read that original post here.

For those of you interested in the detail, you can also read the criminal complaint here.

Well today, Sarao is now on the verge of being extradited to the US from the UK after his final appeal failed. Let's take a deeper look into the case.

On the 6th of May 2010, the Flash Crash occurred. This was an unprecedented display of the interconnected state of the financial world which we live in today. From about 2:30pm for a little over half an hour, the S&P 500, Dow Jones Industrial Average and the Nasdaq Composite all collapsed and powered back.

It was a perfect storm of conditions which ultimately likely led a large number of automated trading algorithms going haywire with the end result being a temporary, but dramatic loss of about $1 trillion in market value, before subsequently recovering.

At the same time, individual stock prices were also going nuts with many companies' stock price collapsing to one cent per share and others going to $100,000 per share.

Given the number of peoples' pensions which are currently tied up in the global financial system of stocks and shares among others, it's understandable that this would cause great concern for the powers that be.

In the years since then, many theories have been presented about the cause of the Flash Crash. Nothing particularly has been proven, but ultimately it seems that the “cause” of the crash was identified. Navinder Sarao, trading from his parents’ house in unremarkable Hounslow, West London is alleged to be the cause of one of the largest financial crashes in history.

What took place today was the final roll of the dice for Sarao to prevent his extradition to the US to face 22 various charges which could see him jailed for a little under 400 years. The high court ruled that the US has indeed met the criteria for dual criminality (the requirement for extradition to proceed, showing that the charges being brought are a crime in both the US and UK), meaning that the extradition will go ahead in the next 28 days.

So What Actually Happened? 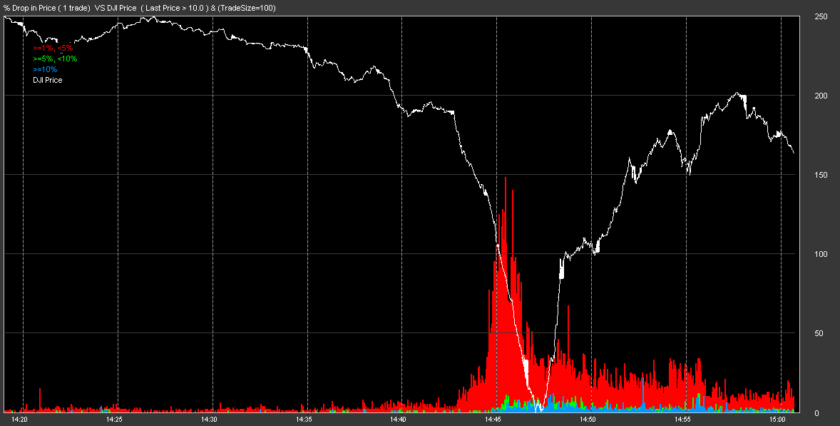 Well, this is a difficult one to pin down. I’ve spent years supporting, designing, building and managing trading systems which are designed to work in a highly automated fashion and there are a few relevant things I can say on this topic:

Add up all of the above (and a lot more besides, this is an extremely high level view) and you are left with a very fragile system, one which can easily snowball out of control as it has clearly done before and will continue to do so until the fundamental rules of the game are changed.

Ultimately, systems like this increase the likelihood of… let’s create a new term, I’m going to call it “Chain Risk”. The risk that is imbued when black boxes trigger each other in a never-ending chain of events which can only be stopped by some kind of circuit breaker pulling the plug.

This is ultimately what caused the Flash Crash. 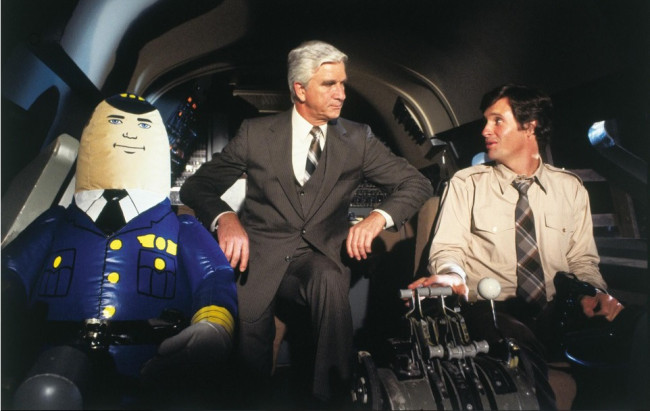 Spoof, no not that kind of spoof...

There are two fundamental flaws here. Layering is an extremely common activity (whether done visibly or not) and spoofing is difficult to prove due to the concept of intent.

You are investment bank 123. You get a rebate on your trading fees from stock exchange XYZ if you agree to become a market maker on XYZ. Market makers are contractually obligated to provide a buy and sell price on a given asset for a percentage of time that the asset is open for trading.

Typically a dedicated market maker (also known as liquidity provider) looks to trade and make their profit from the pennies per trade they execute between the bid and offer prices from other people looking to buy or sell. It’s the typical stack ‘em high, sell ‘em cheap approach. But you may carry some risk with this kind of activity of course because your position is unlikely to be flat if you are actively trading.

As ABC, you don’t want to have to do trading and carry risk if you can avoid it, that sounds too much like hard work, you just want to fulfil your obligation and earn the rebate from the XYZ for the least possible effort without carrying risk from market making. So you agree to the scheme and set your stall out as a market maker.

So now to the question. If you’re looking to carry the least risk possible from being a market maker and are obligated to quote a price, how can you do that? Well, you want to ensure your prices don’t trade. How is that achievable? Simple, you make your prices unattractive. Would you buy a roll of toilet paper for a trillion dollars? Of course not. Would you sell the Mona Lisa for fifty cents? Sure, there would be people clamouring to buy it from you, but that’d obviously be a bad trade for you. So you may attempt to misprice the asset you're dealing in. If you offer to sell Nvidia stock for a million bucks a share and buy it at 1 cent per share, nobody will trade with you right?

Unfortunately it’s not that simple. Exchanges typically have rules which market makers must adhere to, concepts such as the maximum spread or distance from current price creep in. Maximum spread for example allows you to set whatever buy price you want, but your sell price can be no more than X away from your buy price. So if you set your price you’re willing to buy Nvidia stock at 1 cent, perhaps the maximum you’re allowed to sell it at is 10 cents. This is bad because in that case, of course everyone will be buying it from you at 10 cents all day long and never buy from you.

So as ABC you have a trading system which works out the furthest price away from the current price of Nvidia you can quote and still meet your obligation to the exchange, every time the price of Nvidia shares moves, you shift your price (either by cancelling the old one and submitting the new one or by updating the existing prices). So if the current bid and offer is $65.98 on the bid and $66 on the offer, you maybe have your prices at $60.70 to buy and $71.28 to sell, everyone will want to trade with the other people first because they have much better prices to trade with than you.

Spoofing implies that you are putting prices in the market with no intention of trading. Sure, computers have sped up the amount of time your orders may be visible and available on the order book to trade to fractions of a second, micro or even nanoseconds, but what is the difference between one actor who updates their prices frequently cancelling old orders and another? And that dear readers, is the fundamental question which needs to be answered.

Where Do We Go From Here?

I fundamentally believe that no one person could have intentionally caused the flash crash. I also fundamentally believe that the current systems of financial markets are systemically inclined towards these kinds of occurrences and as chain risk in global financial holdings increases, we tend towards a system where these kinds of occurrences will become more frequent. It took thousands of years of human history to get to the first flash crash in 2010. The Wikipedia page for flash crash now lists 3 subsequent ones of note, I’m sure there are further examples.

Sarao will now be extradited (in the next 28 days) to the US to stand trial for these and other counts such as wire fraud etc over a period of years, all on the back of his trading activities. Perhaps he was spoofing the market but I still feel that the failure here is in the system. As the saying goes, “don’t hate the player, hate the game”. The world has created a game in financial trading that breeds these kinds of events, if it wants to prevent them from happening again, it needs to change the game.