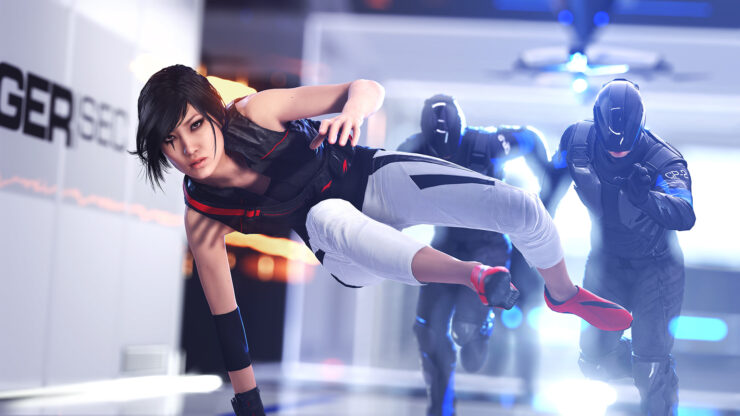 The map was made available on the official Mirror’s Edge Catalyst website, and shared via the game’s official Twitter account yesterday. Judging from the fact that DICE only shared the ‘Anchor’ district, the game’s full map will be insanely large.

According to DICE, the entire city in Catalyst will be ‘explorable’, and more of the game’s map will be shared in the coming weeks. 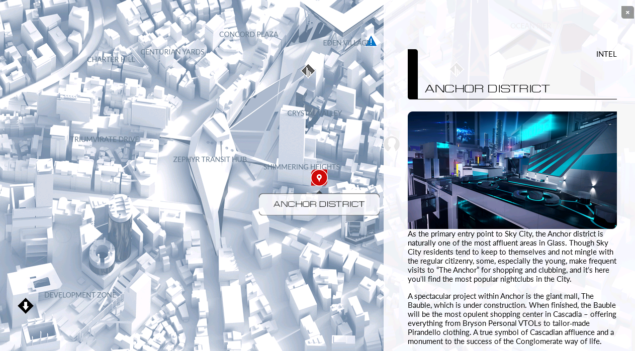 Mirror’s Edge Catalyst was officially announced back in 2013 as a reboot to the original Mirror’s Edge from 2008.

“We introduced Mirror’s Edge and Faith to gamers five years ago, and we’ve waited for the right moment to reunite them,” said DICE’s senior producer, Sara Jansson, following the announcement back in 2013. “Thanks to the Frostbite engine and a new generation of platforms, we are now able to deliver a richer world that players will be able to explore with a new level of freedom in both movement and action.”

The game was initially slated for a release this February, but was later delayed to May of this year.  To address player feedback from the game’s closed beta, the game was delayed a second time to June 7 (June 9 in Europe).

“We’re confident that these extra two weeks will ensure that the game is as amazing as possible”, said designer director, Erik Odeldahl, last month.

Whether or Not Another Mirror’s Edge Will Be Made Is Up To You, Says EA