Diablo IV Features 100+ Towns to Help, With More Chances to Interact with NPCs and a Grounded Story 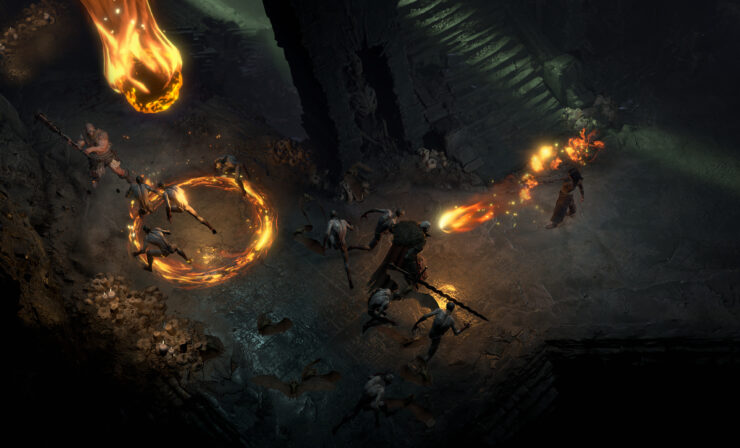 Diablo IV was the highlight of BlizzCon 2019. Announced with great fanfare during the opening ceremony, the massively anticipated action roleplaying game is targeting a release on PC, PlayStation 4 and Xbox One.

Beyond the original press release, the developers had the chance over the weekend to reveal more information about the upcoming fourth installment in the franchise. In a panel dedicated to 'World and Lore', Creative Director Sebastian Stępień (who previously worked on The Witcher 3 and Cyberpunk 2077 at CD Projekt RED) explained that there will be a much more grounded story compared to Diablo III, and the focus will be to interact with normal folks (NPCs) from all over the many (over 100) towns and villages scattered through the massive open world.

You probably heard already a lot about darkness. But I want to say a few more things about darkness. Because this is something very very important for us and the truth is we are not going to be just dark.

We want to bring back this very very specific vibe that makes Diablo unique and it's not only about darkness, so this is very, very important for us because it impacts almost every layer of the game, every aspect. The first thing is the story. We want to make a much more grounded story [in Diablo IV] than in Diablo III. And we think that the best way to deliver this story is to give you a possibility to discover stories of simple folks and that's why you are watching this movie right now. So imagine this kind of village, this is just an example. It's not about this specific village, we have like over 100 villages or places like this.

And we would like to focus on those simple stories, the Eternal conflict that is going on even here.
So it's not about big heroes, it's not about politics, kings, or any other high fantasy themes. It's about those guys and as a reference, you can think about Wirt from Diablo I or Marius from Diablo II.

This is a rather significant change from Diablo III, but it's only one of many. We know the game will feature a seamless world (for the first time in the franchise) that is 'shared' with other players online, with World Bosses and other random events requiring more than the usual group of players to complete. There'll be a day/night cycle, again for the first time in Diablo history, dynamic weather, and PvP zones.

With all of those features, it is perhaps unsurprising that Diablo IV has no release date. In fact, the developers said it's not coming out soon, not even 'Blizzard soon'. It's safe to say we'll see it again at next year's BlizzCon, at the very least, but should there be any leaks or rumors we'll be quick to relay them here.