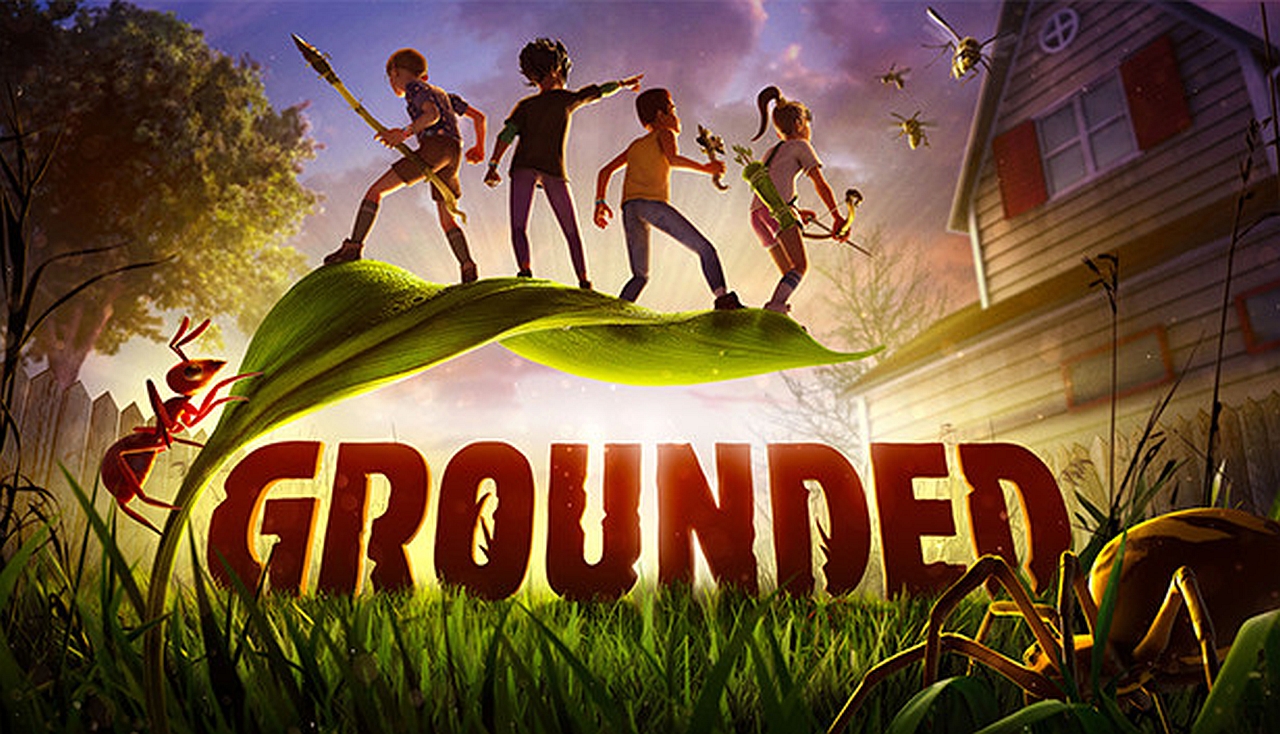 We managed to catch up with Obsidian Entertainment moments after their PAX East 2020 presentation on their upcoming survival game, Grounded. Adam Brennecke, Grounded's game director at Obsidian Entertainment, spoke with us to help magnify the new project and what players should come to expect from Obsidian's second title since their acquisition by Microsoft Game Studios. I opened up our ten-minute conversation with Adam to get a quick pitch on the unique premise for Grounded.

Adam: Grounded is a cool new survival adventure game where you are shrunk down to the size of an ant and you have to survive in this backyard environment against a horde of giant insects. Typical to most survival games, you have to go out and find new materials, craft new things and build up a base. You're doing all of this with a storyline that points you to different areas of the yard.

Okay, so talk to us a little bit more about the storyline for Grounded.

[The things] that we pride ourselves with at Obsidian [are] storyline and writing and characters. We want to have a cast of really memorable characters that will lead you through the yard. We're not revealing the particulars of the storyline at this moment. We don't want to spoil anything about the story but there is a storyline there which is pretty different for most survival games. The other thing is that you can play through [Grounded] single player and multiplayer. It is a cooperative experience, but if you want to go alone, you can go alone as well.

For that cooperative experience, is it like a shared world? When you log off, is someone else continuing their progression there?

One of the players is the owner of the game and they're the server. One thing that you can do is if you save your game, you can go back to that game in single player if you just want to play alone after you had your friends play [with you]. You can also play multiplayer again after you make some progress in single player. You can kind of move your save games back and forth between single and multiplayer. Right now, we're only focused on kind of the client/server gameplay. One player's the host and your friends will join you.

Besides the story, what kind of persistent progression is at play with Grounded?

The scale is far different from most other games out there. You rarely see anything that shrinks you down to the size of a show and smaller than that. How's the worldbuilding different from your standard high fantasy when you've been shrunken down in the backyard?

It's actually pretty fun because it's something that we're all familiar with. As game designers, we tried to make everything kind of unique in this world. It's fun. We're spent a lot of time just looking at the ground which is actually pretty funny. Whenever we go on walks outside, I personally just look whenever I walk my dogs. I'm looking at different things on the ground and figuring out like, 'hey, that actually would be a cool little environment to explore in our game'. That's been pretty fun while working on this title.

Would you say Grounded is more [like] Honey, I Shrunk the Kids or more Pikmin?

We're taking inspiration from a lot of different places. One thing that you can see is that we're inspired by that fantasy of being small. I think it's a universal fantasy where we can all picture ourselves in this world. One game in particular that we were really inspired by was Subnautica because we really enjoyed that as players. There's even games like Breath of the Wild. We've looked at a bunch of different sources for inspiration.

As far as platforms are concerned, it's Xbox One and PC. Any other platforms in mind for Grounded?

Just Xbox One and PC for right now.

Any plans for the Xbox Series X in the future?

Right now we're just focused on Xbox One to get that launched and as best as it can be.

Will Grounded be coming to the Xbox Game Preview program?

Yeah, it's going to be on Xbox Game Preview. We're planning on doing an insiders flight as well. That's, you know, a public playtest before the game launches just to test our multiplayer systems and making sure everything is working before we launch. Also, if you want to get the game on Steam, we also have an Early Access version on Steam.

For players that have a powerful PC, are we going to see some advanced tech in there like ray tracing and other effects implemented in Grounded?

Right now, the game on PC definitely takes advantage of higher resolutions and better frame rate depending on how good your PC is, of course. Right now, the experience is pretty similar between the Xbox and PC.

For the Xbox One X versus the regular Xbox One, will there be any enhancements between those SKUs?

What's your personal take on next-gen?

I think it's great. I'm super excited to get my hands on as a developer and see what we can do with it.

Is there anything else we should keep in mind for Grounded?

Last question: will we be seeing couch co-op enabled for Grounded?