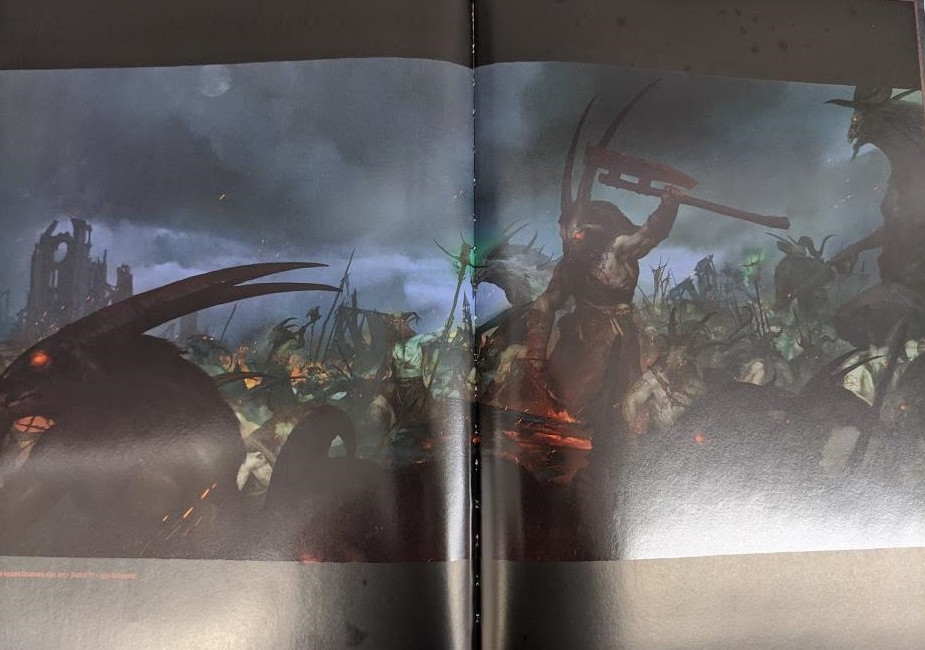 It was only last week that the art book featuring work from the whole Diablo series, "The Art of Diablo", was leaked by German outlet Gamestar. While it was rumoured that Blizzard was set to announce Diablo 4 during Blizzcon last year, cancelling it due to development issues - eventually leading up to the infamous mobile phone incident, it seems that this year will be where Diablo 4 is announced.

Indeed, the fact that the art book, featuring artwork from Diablo 4, is ready to ship means that time is running short to officially announce the game. So yes, expect the news that Diablo 4 has officially been announced sometime over the coming day or two.

For now, feast your eyes on a host of Diablo 4 pages from the art book set to release shortly after Blizzcon. Why do we have them? Well, one lucky devil by the name of Proudrunner had their copy shipped early and have uploaded each and every page on Imgur. You can see them below:

Granted, this is an art book and naturally doesn't offer a massive amount of information on what we can expect from the upcoming title. What is interesting is, from the second image in the collection, is a quote from Diablo 4 art director John Mueller, which states:

I think Diablo IV will carve out a fresh way of seeing the world while returning the visuals to Diablo's dark, gothic, medieval roots

The page also mentions the 'key pillars' behind the art style of Diablo 4, these being named as "Return to Darkness", "Embrace the Legacy" and "Old Masters Pillar". The latter is a way of stating that the artists want each part of the game to look like it was painted by an actual master artist, specifically naming Rembrandt and Ilya Repin as examples.

Blizzcon is running today so stay tuned for more news from the event and, of course, what seems like the inevitable Diablo 4 announcement and hopeful release date.