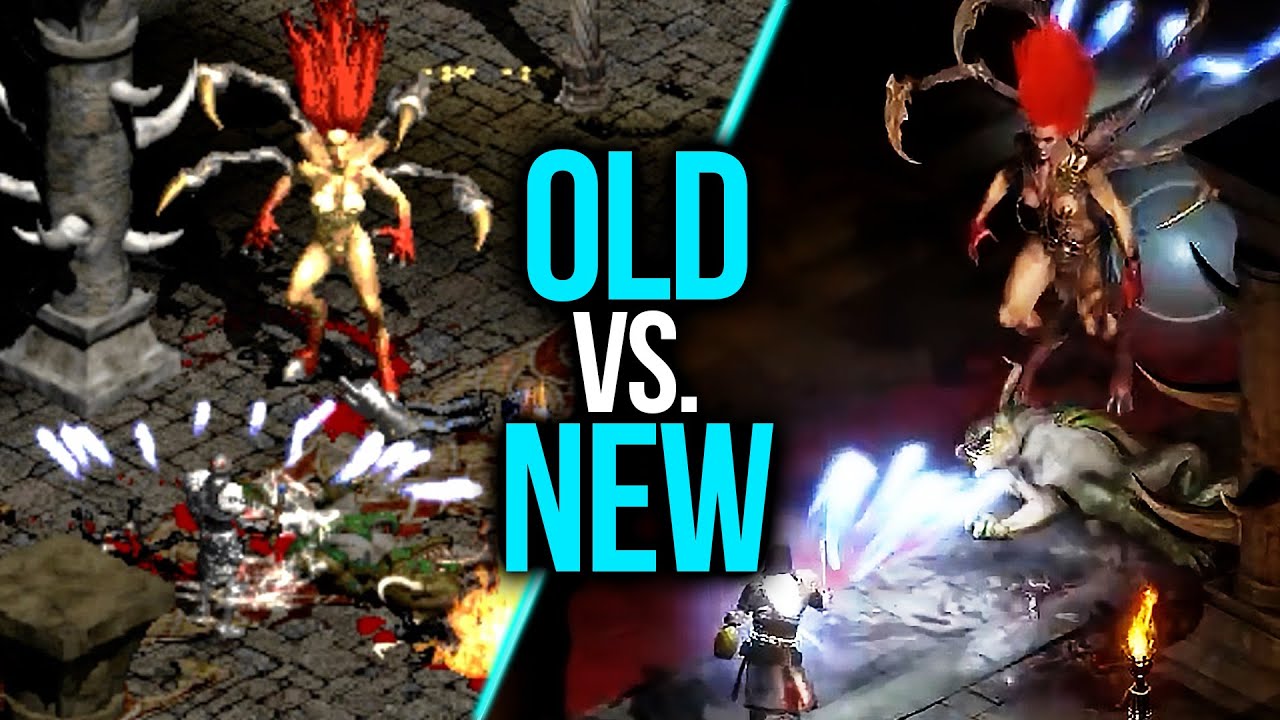 Following last week’s announcement of Diablo II Resurrected, a new comparison video has surfaced, comparing the upcoming remake to the original game from 2000.

Courtesy of YouTube channel ‘Candyland’, this video compares the footage of Blizzard’s freshly-released BlizzCon 2021 gameplay trailer to the same scenes from the original Diablo II (with the Lord of Destruction expansion).

We already found the early gameplay footage released by Blizzard to look quite great, and based on this comparison, it looks like the development team has done a fine job of improving the game’s visuals in the all-new 3D graphics engine with new sprites while retaining the overall art style of the original game.

Diablo II: Resurrected takes the 2D sprite-based classic and brings it into the present with full 3D physically-based rendering, dynamic lighting, revamped animations and spell effects—all stunningly delivered in up to 4K resolution.† All 27 minutes of the game’s classic cinematics, chronicling the journey of the mysterious Dark Wanderer, are being remade—shot for shot—from the ground up. The nightmarish sounds of Sanctuary and its memorable soundtrack have also been reinvigorated to support Dolby 7.1 surround sound. By leveling up the game’s audio and visual capabilities, Diablo II: Resurrected will showcase the depth of gameplay and hallmark designs that continue to entertain players around the world to this day.

“Diablo II was a pivotal game for Blizzard and millions of players around the world. With Diablo II: Resurrected, we’re excited to bring this classic back to PC and also to consoles—with cross-progression on supported platforms—so that players can relive their memories, or experience Diablo II’s timeless gameplay for the first time, on their platform of choice,” said J. Allen Brack, president of Blizzard Entertainment upon the announcement of Diablo II Resurrected last week. “With the new high-resolution audio and video in Diablo II: Resurrected, the game is as fun and engrossing today as it was twenty years ago.”

Diablo II Resurrected is slated for a release later this year on PC, Xbox Series X|S, Xbox One, PlayStation 5, PlayStation 4, and Nintendo Switch. Those interested can sign up for the game’s technical alpha on PC via Diablo2.com.