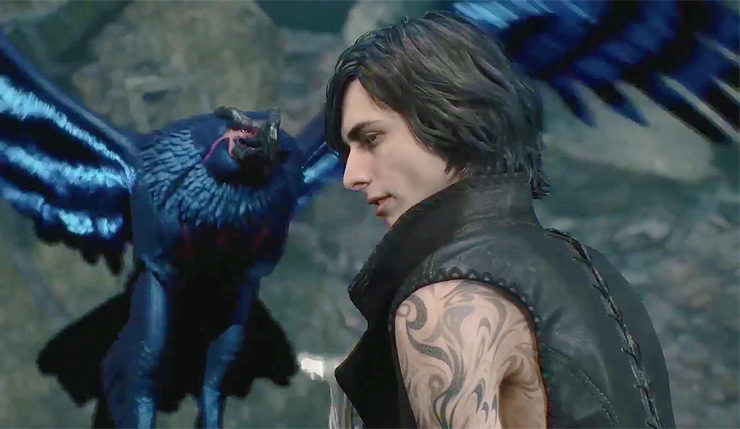 Yet another new Devil May Cry 5 trailer has arrived, courtesy of the good folks at IGN. This one focuses on mysterious new character, V – we get to see him kick some ass with his magical, summons-based attacks, and get a few more hints about who, exactly, he is. While I won’t ruin it, the end of the trailer hints that V and Dante have a more complicated relationship than earlier trailers indicated. Check it out below (Warning: Proceed with caution if you’re avoiding all spoilers…)

Here’s a few more details on how V will play:

V may appear weak next to Nero and Dante, but he has the ability to unleash a unique fighting style that sees him summon three different demons to assist in battle. Utilizing a combination of all three demons’ powers, players can take their enemies down to the brink of death, allowing V to swing into battle and finish them off with a devastating cane attack.

What do you think? Excited to play as V and find out how he ties into the story? Or does he seem like an unnecessary addition? Personally, I’m a bit on the fence, but I’ll give the guy a chance.

Resident Evil 8 Reportedly the Darkest, Most Gruesome Entry Yet, Fans May be Shocked