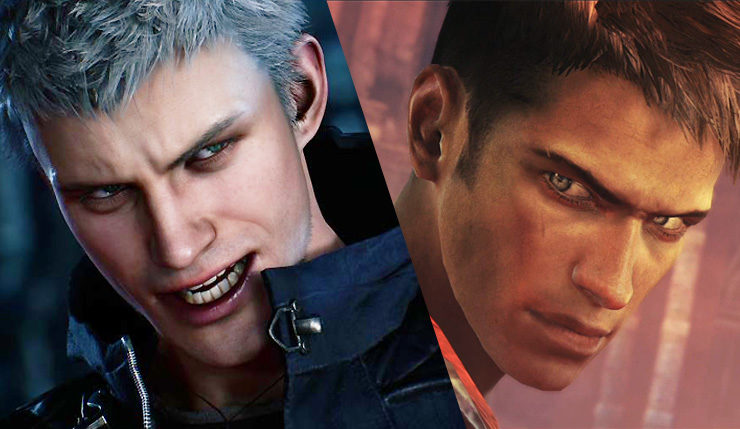 At E3 2018 Capcom finally dropped a trailer for Devil May Cry 5, which raised a few questions about what direction the series might be heading in. While Capcom is hyping the game as a true successor to Devil May Cry 1 through 4, the trailer’s smart-ass, edgy tone (and Nero’s brushcut) brings to mind the 2013 Ninja-Theory-developed DmC: Devil May Cry.

So, is Devil May Cry 5 the sequel to the older games fans have been waiting for, or is secretly more of a follow up to DmC: Devil May Cry? Well, it’s kind of both. In an interview with VG247, Capcom producer Matt Walker stated the publisher was proud of DmC and applying lessons learned during its development to the new Devil May Cry.

“[Devil May Cry 5] is definitely a game for the fans – we’ve heard fans asking for a sequel to the storyline of DMC4 for over ten years, but this isn’t a slight at Ninja Theory or DmC at all. We all love DmC. [DMC5 director Hideaki Itsuno] has explicitly stated that in his mind, DmC is just as important as any of the other titles in the series, and he’s just as proud of it.

But don’t worry, when it comes to the feel of combat, Devil May Cry 5 is taking a more classic approach…

“That being said […] I think you can expect DMC5 to expand more on the combat philosophies established in DMC1-4. Itsuno-san wants to make the absolute best action game he can, so he’s going to use his and the team’s experience to realize his goal.”

Sounds good to me! I was a fan of DmC: Devil May Cry, so I’m glad the changes it brought to the series aren’t being entirely discarded. What do you think? Are you happy about DmC’s influence on DMC5, or would you prefer more a pure old-school experience?