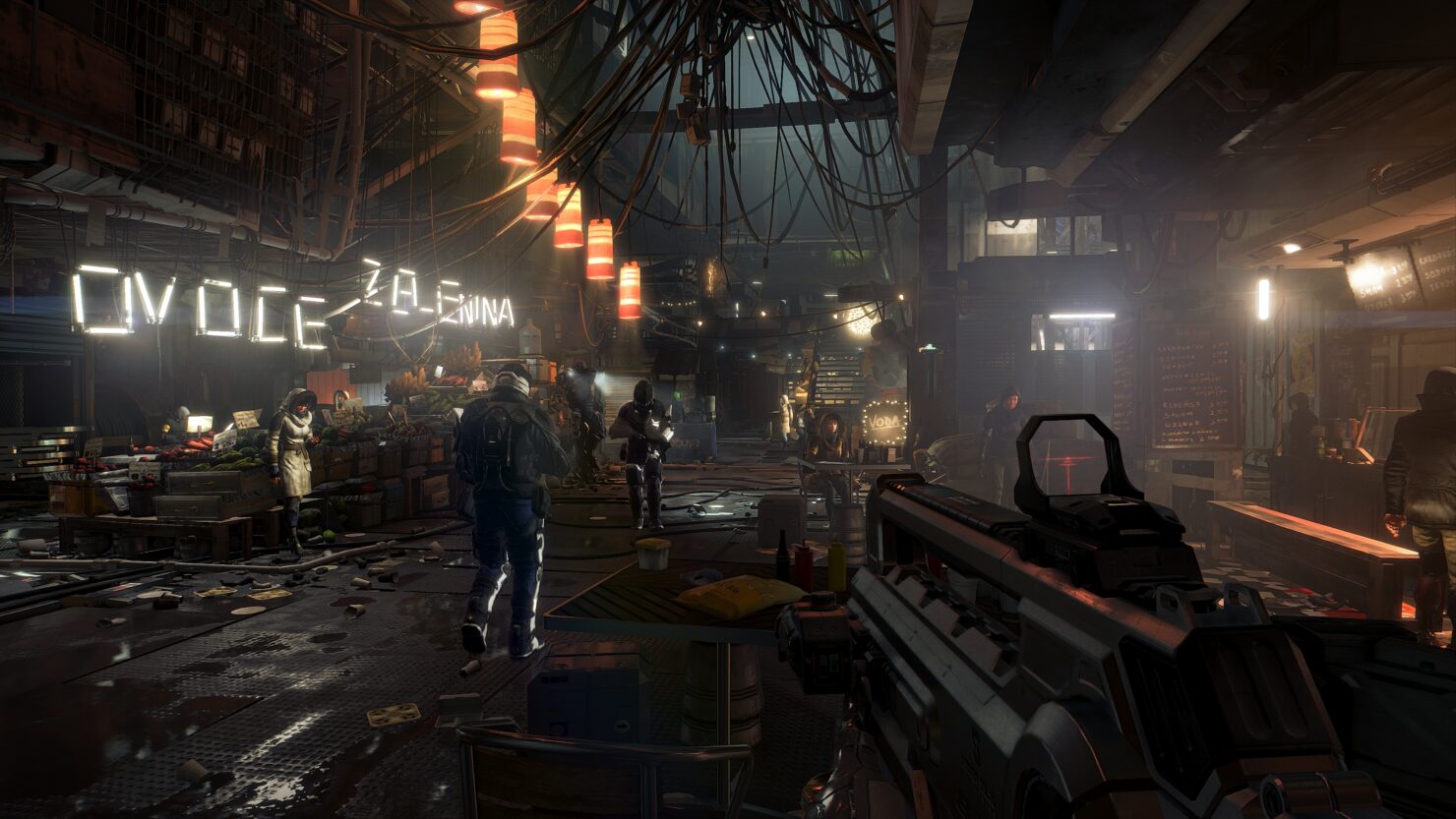 Following the official reveal of the PlayStation 4 Pro console, several publishers have confirmed that some of their more popular titles will receive noticeable enhancements this November. Among these publishers is Square Enix, which has confirmed today that the recently released Deus Ex Mankind Divided will receive PlayStation 4 Pro enhancements; you can preview them in the 4K screenshot below.

On PlayStation 4 Pro, Deus Ex Mankind Divided will sport a whole new layer of detail, with increased resolution, reduced aliasing and several other improvements that won't compromise the experience.

With PS4 Pro, Deus Ex: Mankind Divided has had a whole new layer of detail added to it: overall resolution increased, aliasing reduced, reflective surfaces improved, and more detailed lighting effects implemented, all without compromising the frame rate or the gaming experience.

The PC version of Deus Ex Mankind Divided has received earlier today a new patch, which adds DirectX12 support to the game, something that was promised for lunch, but didn't happen due to several reasons. Today's update also comes with several fixes which will improve the experience for most.

WARNING: Using the DirectX 12 API can offer better performance on some systems, however, it will not be beneficial on all.
o Multi-GPU is not yet supported in this patch.
o If you encounter problems with DirectX 12, we recommend turning it off again. There are no visual or gameplay differences between the two DirectX versions.
o As always, make sure that your drivers are up to date.

Deus Ex Mankind Divided is now available on PC, PlayStation 4 and Xbox One.