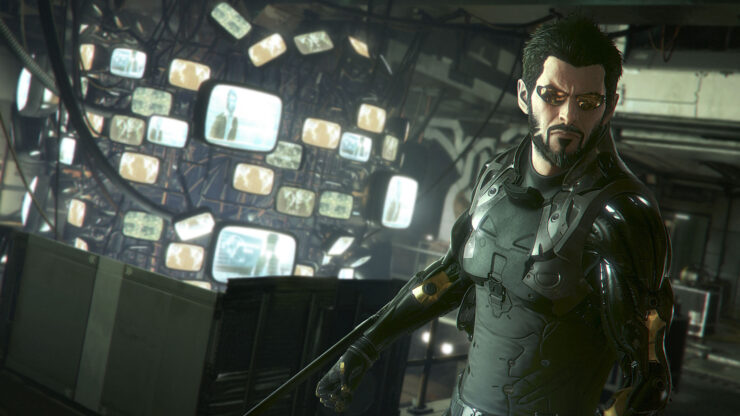 The trailer is titled, the Mechanical Apartheid, and tells the story of humans with augmentations, and those who are against the use mechanical improvements of the human body.

Check out the trailer below, it’s quite awesome:

In 2027, mechanically-augmented people all over the world suffered from extreme psychotic delusions, lost control of themselves, and started attacking people. Millions died. Hundreds of thousands more were injured and maimed. In the wake of this global catastrophe, society has become divided by hatred, prejudice, and fear, with many countries now enacting harsh laws. The most notable of these laws is the highly controversial “Human Restoration Act”, aimed at isolating “Augs” and keeping them away from “Naturals”.

“For 15 years, Deus Ex has been a point of conversation across the games industry and beyond, whether the topic is the franchise’s unique gameplay or topical narrative focused on advanced biotechnology and human augmentation,” said Eidos Montréal studio head, David Anfossi, back in April of 2015. “What began with Deus Ex: Human Revolution goes to a whole new level in Deus Ex: Mankind Divided, diving even deeper into this discussion and, in turn, offering fans an all-encompassing experience, one which will challenge their skills as players and emphasize decision-making based on real world topics.”