Destiny 2 Beyond Light is the next expansion coming to Bungie's online first-person shooter game. Due to launch on September 22nd on PC, PlayStation 4, Xbox One, and Google Stadia, Beyond Light can be pre-ordered today (except on PlayStation Store, where that will be available later). All pre-orders come with instant access to a special Exotic Ghost Shell and Legendary Emblem, while the Digital Deluxe Edition also comes with a full year of seasonal content (4 seasons total), the 'Freeze Tag' Exotic Emote, the 'No Time to Explain' Exotic Pulse Rifle with Exotic Catalyst and Ornament, and the 'Any Other Sky' Exotic Sparrow.

A physical Collector's Edition will be only available through the Bungie Store. It'll include all of the aforementioned digital goods as well as a Die-Cast Splinter of Darkness Replica with lights, a Europa Explorer’s Bag, a Europa Exploration Canteen, a Mysterious Logbook and other discoveries from Europa. 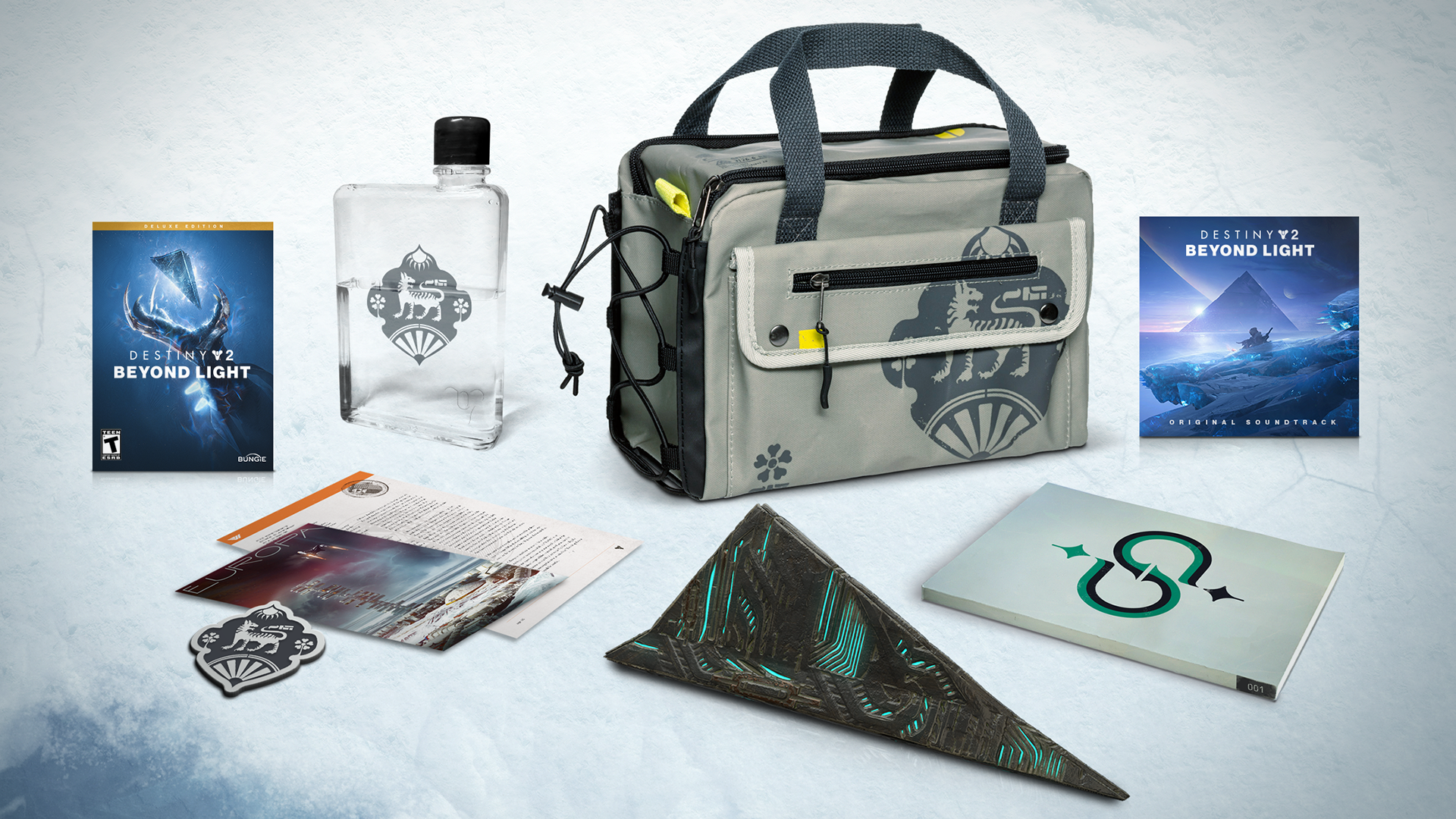 There's even a Beyond Light The Stranger Edition which comes with an exclusive 10” statue of The Stranger, sold with purchase of the Deluxe Edition at select retailers worldwide. For regional availability, check the Numskull website. 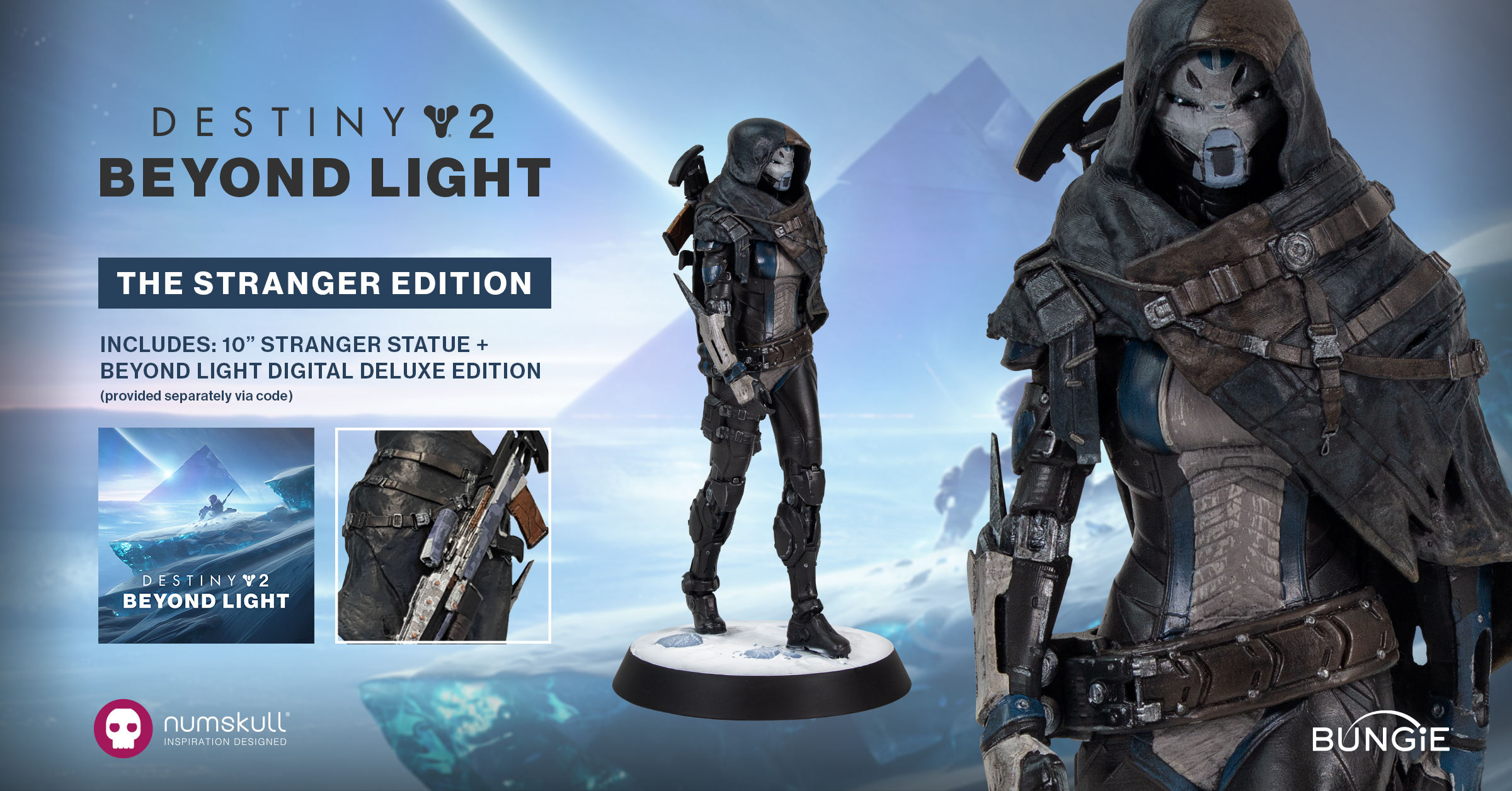 A new power is born out of the ancient Pyramid ship above Europa, and a dark empire has risen beneath. In the Destiny 2: Beyond Light expansion, Guardians will explore a changed
universe, with a new destination, new adventures, and even new powers to explore.

While Beyond Light is coming in about three months and a half, the eleventh season of Destiny 2, called Season of Arrivals, is out today and adds a wealth of content to the game.

New Dungeon: Later on today, Guardians will be challenged with a new dungeon, Prophecy, available to all Destiny 2 players. Face the mystery and unlock the new DAITO Foundry armor and reprised Trials of the Nine armor sets.

Decipher the Darkness: Throughout the Season, Messages of Darkness will be found on Io. Journey to the Cradle on Io and uncover these hidden communications.

Contact Public Event: Join Guardians in public events beneath the newly arrived Pyramid ship on Io, where an untapped power has summoned the enemies of humanity.

Last but not least, Destiny 2 is confirmed to be coming on next-gen consoles - more details about that here.