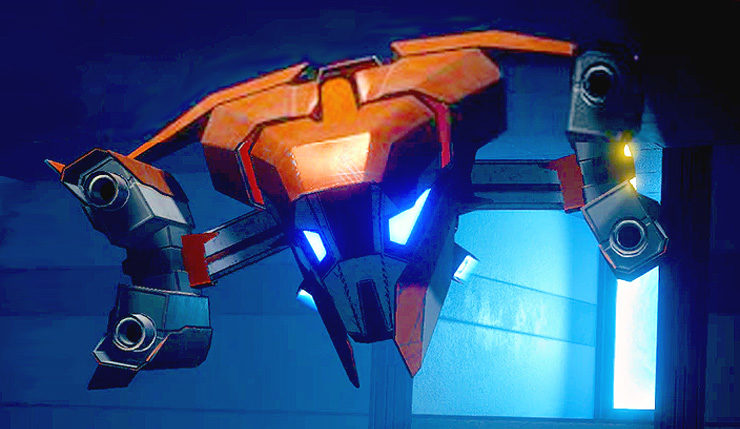 Hungry for some old-school shooter action? Then you ought to keep your eye on Overload, the new Kickstarter-funded game from the original creators of the classic Descent series. Much like Descent, Overload puts you in command of a spacecraft with a full six degrees of control (up/down, left-right, forward/backward) and tasks you with navigating a series of tight, enemy-filled tunnels. The game looks intense, and a bit maddening, but that’s exactly what Descent fans are into. Check out the game’s launch trailer, below.

Don’t worry though, Overload won’t be too old-school. Developer Revival Productions is promising a variety of new, modern features:

Descent, developed by Parallax Software and published by Interplay in 1995, received critical acclaim for its 3D six-degree-of-freedom gameplay that combined the best of space flight simulation with FPS experience. Overload offers a Descent-like style of play, but brings the labyrinthine environments to new and vibrant life with updated features, deeper gameplay, and dramatically enhanced graphics.

Overload has been available on Steam in Early Access form for a while (where it’s accumulated a “Very Positive” user score), but it will get a full release next month.

Overload takes flight on PC, Mac, and Linux on May 31. Console versions will be coming to Xbox One and PS3 sometime this fall.