Deploy the Dead – Multiplayer Shooter Moving Hazard Out Next Week 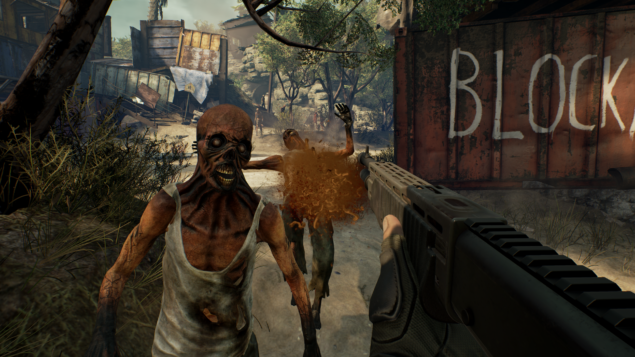 A game in which you control hoards of the dead to defeat your enemies has been given a release date and price. Moving Hazard will come to Steam's Early Access programme next week.

Psyop Games and IllFonic are asking that players fight their instinct and avoid killing the walking dead, instead using zombies to gain an advantage over their opponents.

“We had such an incredible reaction from fans during our debut at PAX South, with players asking us to release the game immediately, so we’re incredibly excited to deliver Moving Hazard on Early Access. Once PAX-goers learned to stop killing the undead and started using them as scent-guided bloodhounds or shambling flesh-eating allies, the competition got fierce and the freshness of the gameplay really stood out. We can’t wait to give the community access and get their feedback to make it even better in the coming months.”

Moving Hazard will be available on Steam from March 10th, for $19.99. It'll reach full release later this year.