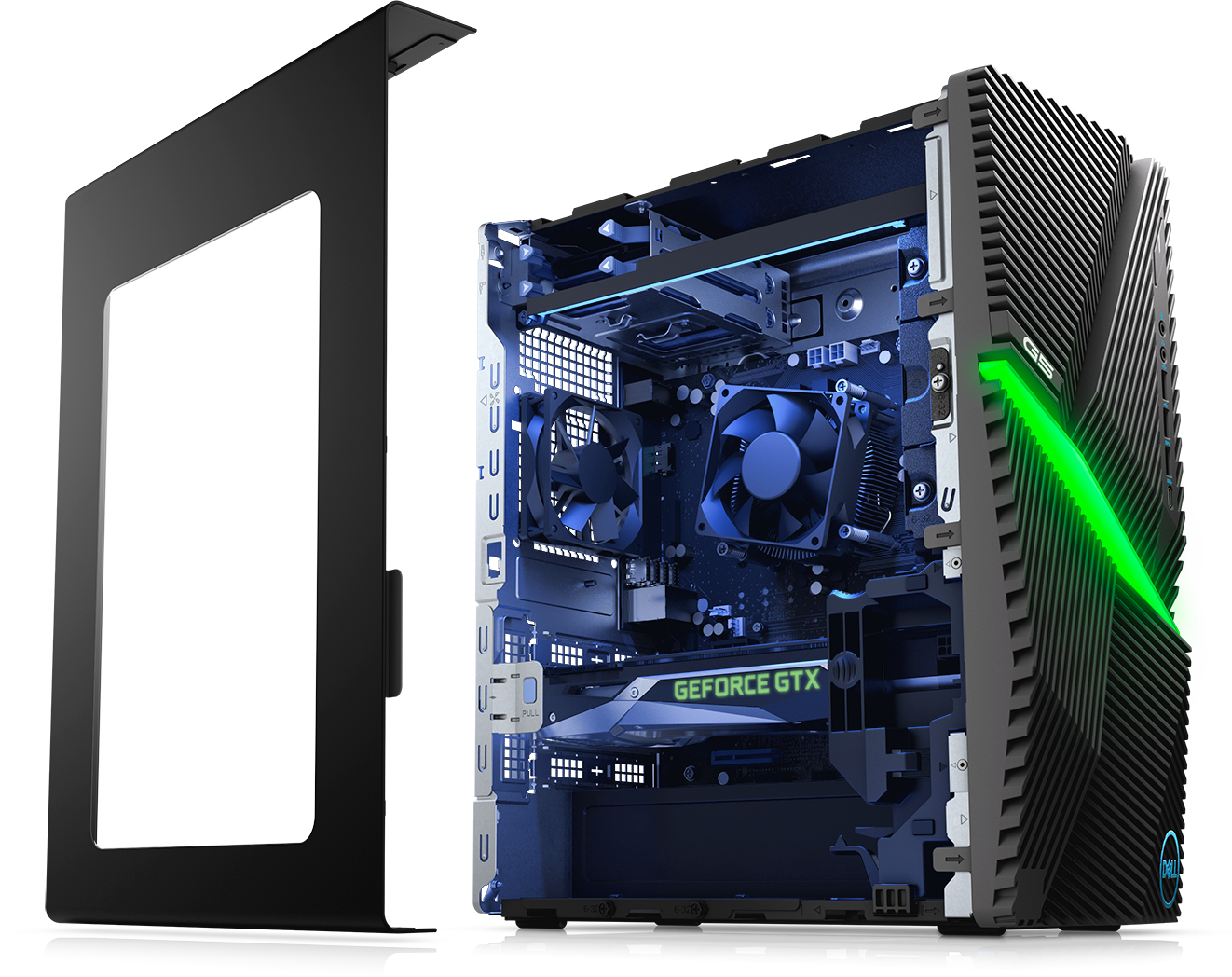 Dell has announced a variety of new gaming products within its G-Series lineup ranging from desktops with a new addition of the Dell G5 desktop along with a sneak peak of the upcoming redesigned Dell XPS, laptops with the addition of the G7 15/17, and two new monitors.

Dell's new G5 desktop is now available with Intel's 10th Generation Core processors, NVIDIA GeForce GTX and RTX GPUs, as well as an AMD Radeon RX 5600, all of which are geared towards providing a smooth and responsive 1080p gaming experience. The G5 is a compact desktop with a fully-addressable RGB front panel and optional transparent, tool-less side panel for easy access and aesthetics.

Dell has also given us a sneak peak at the new, redesigned XPS desktop, featuring a modern, minimalistic design, and will join the XPS 17 laptop in NVIDIA's RTX Studio program. The new XPS is set to provide considerable performance in creation tasks, gaming, and VR. More information on the upcoming Dell XPS will become available in July.

Dell's new G7 laptop comes completely redesigned, packing high-performance components into a slim form factor, with multiple improvements over the previous generation for mobile gaming. The G7 is built upon a fully metal chassis that incorporates customizable chassis LEDs and manages to reduce the overall thickness of the machine to just 20.5mm, an improvement of 4mm over its predecessor. The monitor bezels have also shrunk to 6.5mm from 9.9 on the 15" model, and 8.16mm on the 17" model.

Hardware options include the latest from Intel and NVIDIA, therefore being 10th Generation Intel Core processors ranging up to Core i9, and NVIDIA GeForce GPUs ranging up to either a RTX 2070 Max-Q on the 15" model, or RTX 2070 SUPER on the 17" model.

First up we have the S2721DGF, a 27" IPS gaming monitor with 1440p resolution, ultra-thin bezels, support for both AMD FreeSync and NVIDIA G-SYNC, 1ms response time, and a 165Hz refresh rate. This monitor will be available on July 28th for $569.99.

Secondly, we have the S2721HGF, a 27" VA curved gaming monitor at 1080p resolution, 144Hz refresh rate, and a 1ms response time (MPRT). This monitor also supports both FreeSync and G-SYNC and will be available for purchase on August 21st for $279.99.