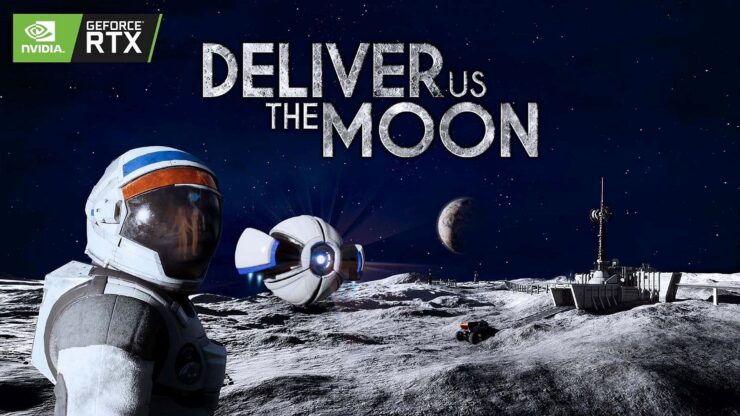 Deliver Us The Moon, a sci-fi adventure game developed by Dutch studio KeokeN Interactive, is about to fully launch on PC next week, with PlayStation 4 and Xbox One ports planned for next year. You might remember our review of Fortuna, where Francesco pointed out the abrupt cliffhanger as one of the main negative points. Luckily, KeokeN is about to address that with a major content update that will be free to owners of Deliver Us The Moon: Fortuna, who'll get to learn what happened to protagonist Sarah in the Tombaugh facility.

With the PC launch scheduled for October 10th, we chatted with Koen Deetman, Founder and Game Director at KeokeN, and found out among other things why the studio decided to add ray tracing through NVIDIA RTX to the final game. We also got his opinion on popular games industry topics such as Google Stadia, next-gen consoles, and the Steam vs. Epic Games store war.

Last year you said it would take too much time to add ray tracing to Deliver Us The Moon. Why did you change your mind now?

Last year we were in a different situation. We had solo published Deliver Us The Moon: Fortuna and to be honest we had bigger fish to fry, namely completing the Deliver Us The Moon experience and giving players an ending to the story. This was extremely challenging on our own. Now we are being supported by Wired Productions we have the extra time and support which has allowed us to implement this technology.

Which ray tracing effects did you choose for Deliver Us The Moon? How much of a performance hit should players expect?

When using raytracing we make light, shadows and reflections ‘more realistic’. It’s most prominent in the parts of the game where we have heavy reflective materials such as glass and some metals but, in many locations, where we use dynamic lights you will see more realistic shadows. Of course, their graphics cards need to support RTX, but we’ve done a lot of work to optimize and we think players should be relatively happy with the small performance hit for that extra layer of immersion.

How quickly do you think ray tracing will become the norm throughout the industry now that the next- generation consoles by Sony and Microsoft have been confirmed to feature hardware support for it?

It’s a great technology that allows games to have true to life reflections, shadows, and lighting. For anyone trying to envision a cinematic experience like Deliver Us The Moon I think it’s a must. Eventually, production will speed up as well since certain reflection effects and global illumination will no longer have to be baked into textures. These time savings, together with the better visual quality, make it a true next-gen tech prime for independent developers.

With regards to NVIDIA DLSS, what was it like implementing this technology? What kind of performance improvement will there be, and is there any noticeable image quality loss?

DLSS will allow the player to play with greater framerates without sacrificing visual quality or get greater visual quality at the same framerates. It's a next-gen technique utilizing AI that brings back detail that would normally only be visible at higher resolutions.

Our DLSS implementation is still in development, and we've given priority to RTX because we feel that brings even more improvements. We'll work together with NVidia to make sure the game will look superb with DLSS. Especially for gamers playing at 4k, the performance increase will be noticeable. It won't be the same as playing at native 4k, but the slight loss in image quality is more than made up for by higher framerates.

As a game developer, what do you think about upcoming platforms such as Google Stadia and the next-generation consoles from PlayStation and Microsoft? Which will mark the biggest evolutionary leap in your opinion?

We’ve currently got our minds focused on releasing Deliver Us The Moon in full on the 10th of October on PC and have our console versions follow later. Beyond that, It’s definitely easy to imagine that KeokeN’s next projects will be a part of this new generation. Obviously, we’ve already adopted real-time ray tracing and we’re excited to see how that technology is implemented next-gen – and any other technology that takes gaming closer to cinematic visuals.

You're launching on Steam. However, many indie titles have moved to the Epic Games store for a temporary exclusive. What do you think of that? Would you agree to such a deal if the price was right?

I think most important as an independent studio or publisher is to find out a good strategy to bring your title to market. This means you have to make a well-thought-through decision in a versatile palette of choices. Stores, Platforms, Deals, how do you want to be discovered by your customer, who can help you be discovered? Everything could make a difference for smaller companies and independent developers.
Discoverability and survival in the game industry is very tough, so I would understand companies
deciding to take exclusive deals as it means the world to some studios to stay in existence. I believe this is rarely to annoy their customer, but the customer should understand, it's to make sure they can make another game, especially indies. The international industry is extremely demanding and it takes a lot.

Understandable. Thank you for your time.