Deep Rock Galactic on Next-Gen Would Be Limited by the Lower Specs of Current Gen, Says Developer 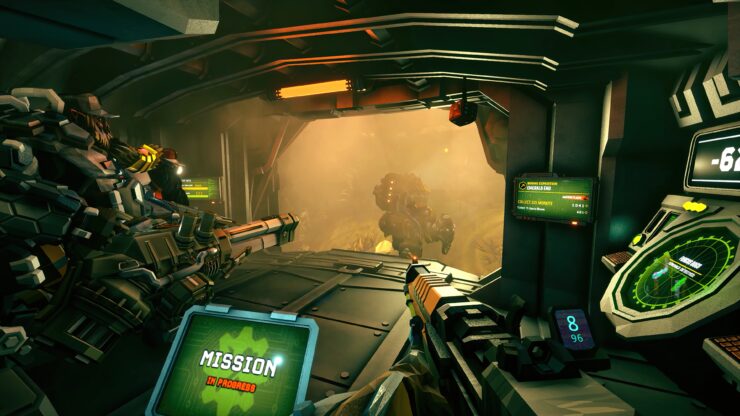 Deep Rock Galactic is out tomorrow and to celebrate the event, ahead of our review (scheduled to go live at 3 PM CEST tomorrow), we've published a massive interview with Ghost Ship CEO and Co-founder Søren Lundgaard.

Among the various topics touched, we also inquired regarding the possibility of seeing the game on PlayStation 5 and Xbox Series X.

The good news is that the developers are excited for both Sony's and Microsoft's next-generation consoles and while Deep Rock Galactic won't be a launch title, the CEO of Ghost Ship sounded positive the game will eventually make it over there.

The bad news, at least from a prospective next-gen owner point of view, is that the studio would be looking to make Deep Rock Galactic cross-play with current-generation (Xbox One and PlayStation 4), and as a result, their aging hardware specs would indirectly limit the next-gen versions as well, making it essentially the same game other than potential visual fidelity enhancements such as ray tracing.

We are very excited about the new console generations, both the PlayStation 5 and the Xbox Series X. We've followed along with the inside out developer programs, so we know about the specs and what we can expect, what is needed from us to get the game ready for those consoles. There's always this period of overlap between the generations and I think we'll not be a launch title at all, but we will definitely monitor the hopeful success of these new consoles and then it should be fairly easy with the way both Microsoft and Sony have designed the new consoles to get a new version of Deep Rock Galactic. By fairly easy I mean compared to how absolutely difficult it was back in the days, it's still a lot of work.

We are excited. But it doesn't apply so well to a game where, if we were putting it on those machines, we would look for cross-generation play as well. So they could play with existing players to get the biggest user base, but that means they would have to play the same game as we are bound by the lower specs of the current generation. There is some fidelity stuff that we can go in maybe and do and then take advantage of, there could be also some ray tracing opportunities that could be fun to play around with. But being a co-op multiplayer game where we want players to play together on and have the same experience, it's a little hard to take advantage. It's much easier when you are a single-player game. Well, maybe on our next project.

To be clear, Deep Rock Galactic is going to be a console exclusive for Xbox One at launch. However, Lundgaard did confirm it is a timed deal and once that's up, a PlayStation 4 release is extremely likely. Not so for the Nintendo Switch, though, due to the hybrid console's very limited RAM size.