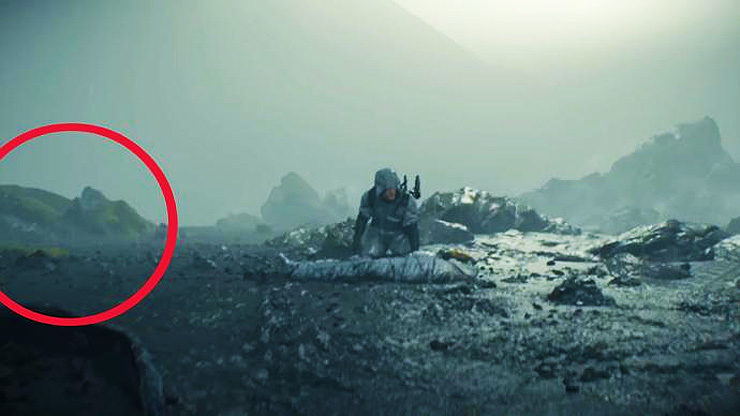 Like Metal Gear Solid V: The Phantom Pain, Death Stranding is going to be an open world game where players will be able to travel to a variety of locations freely. How open the map will be has yet to be revealed, but it seems like players will have quite a bit of freedom.

On his Official Twitter Profile, Hideo Kojima himself shared a couple of new screenshots of the game, also confirming that the mountains that can be seen in the latest trailer can be explored fully, hinting at the fact that if something is visible, it can be reached.

In the new DEATH STRANDING trailer, there's a scene Sam sets up the rope. The snow mountain is not the set, the path exists and you can actually go climb up the mountain. The snow mountain appears in the beginning of the trailer is exactly what it is.#DEATHSTRANDING #デススト pic.twitter.com/IhODkpG66R

Yesterday, it's been revealed that Death Stranding may be coming to PC at a later time. The game is apparently a timed PlayStation 4 exclusive, but it's not yet known if it will be an exclusive for 6 months or a year.

The PS4 cover didn’t have the “Only on PS” label because DS it’s coming to PC at a later date, that’s the deal signed between Kojima and Sony, the game will be a timed PS4 exclusive and will be available on PC later on (won’t be available on Xbox), I don’t know if it’s a 6 or 12 months exclusive.

Death Stranding launches on PlayStation 4 on November 8th. We will keep you updated on the game as soon as more come in on it so stay tuned for all the latest news.