Dead Star Is An Arcade Multiplayer Shooter Set In Space, Due Q1 2016 For PC & PS4

Do you like arcade shooters? If so, freshly announced title Dead Star might just be the game for you. 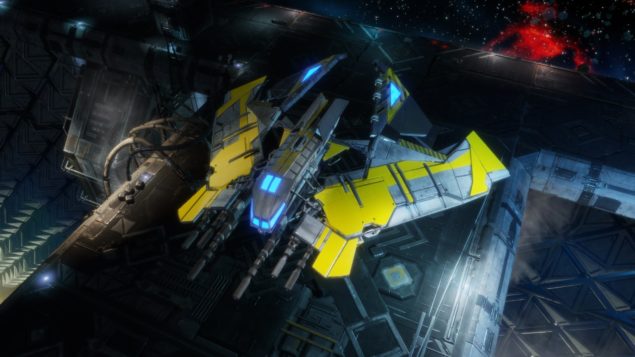 It's being developed by Armature Studio (yes, the same one also working on ReCore for Xbox One) and it's going to be a multiplayer PvP affair set in space. The press release also mentioned the main features of the game:

Fast-paced action with strategic goals. Pilot your ship in intense dogfights, capture outposts to expand your presence, mine ore to upgrade your defenses, and discover secrets buried within the wreckage of ancient battlefields.

Choose from a variety of ships to fly into combat, each equipped with a unique set of abilities you can upgrade based on your playstyle. Customize your ships and pilot with rewards you earn from completing priority objectives.

With every match, Dead Star creates new regions of space for you to explore, filled with strategic points of interest and deadly hazards. Cast your vote to determine which location is chosen for the upcoming battle.

Dead Star is currently scheduled to hit PlayStation 4 and PC (via Steam) in early 2016. Take a look at some screenshots and the first trailer below.