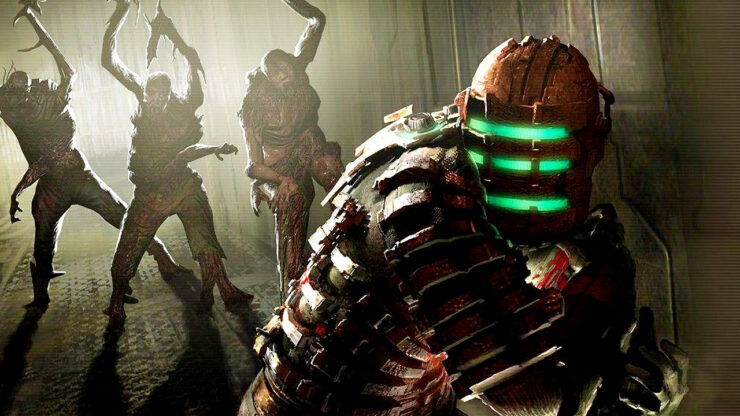 Last month, EA finally gave Dead Space fans what they’ve been pleading for, when they announced the series was coming back in the form of a next-gen Frostbite-powered remake from Montreal-based Motive Studios. What they left out was any indication of when the game might arrive, aside to say it's still in early development. Will it be multiple years before we can chop up necromorphs again? According to the latest rumors, that won’t be the case.

According to wanton leaker Jeff Grubb, Motive is aiming to get the Dead Space remake out by the fall of 2022. As with all plans, this is a best-case scenario – continued pandemic-related complications or other issues could push things back. Grubb also hints EA may release another trailer, possibly with a release date attached, before the end of this year. Of course, none of this has been confirmed by EA yet, so take it with a grain of salt for now.

The sci-fi survival horror classic Dead Space returns, completely rebuilt from the ground up by Motive Studios to offer a deeper and more immersive experience. Dead Space is being developed exclusively for next-generation consoles and PC, raising the level of horror and immersion to unprecedented heights for the franchise through stunning visuals, audio and controls powered by the Frostbite game engine. Fans will experience an improved story, characters, gameplay mechanics and more as they fight to survive a living nightmare aboard the desolate mining starship, the USG Ishimura, all while uncovering the dreadful mystery of what happened to the slaughtered crew and ship

The new Dead Space is coming to PC, Xbox Series X/S, and PS5.